The Dutch Foundation for Literature extends subsidies to foreign publishers for translations of Dutch literature (fiction, non-fiction, poetry and children’s books), provided the translator is on the Foundation’s List of Approved Translators.

If that is not the case, the Foundation looks at whether it would be worthwhile inviting the translator to provide a sample translation, which will then be assessed by one or more experienced literary translators, on an anonymous basis. Such assessments take an average of four to six weeks.

If the assessment is positive, the translator’s name will be placed on the list. Initially at least, the Foundation will monitor the translator’s development and ask for another sample translation each time a new project is taken on. Translators who cannot immediately be put on the list will be advised to gain more experience, for instance by participating in translation workshops.

Details of translators who have been approved are made available to interested foreign publishers who wish to be sent the List of Approved Translators, which is regularly updated. This enables the Foundation to act as an intermediary when a foreign publisher is choosing a translator. The choice of translator nevertheless always lies with the publisher.

To bolster the quality of the available translators, the Foundation organizes translation workshops annually, both into and out of a number of languages, often in cooperation with the Expertisecentrum Literair Vertalen (Centre of Expertise for Literary Translation). In the case of publication by a foreign publisher, a mentor may be available if the translation merits the provision of additional support.

Can I choose a text to translate for assessment purposes?
Yes, but it must be of a minimum length and literary quality, and not yet published in the target language. It is advisable to consult with the Foundation when choosing the text.

What exactly is meant by ‘on an anonymous basis’?
The Foundation will not give the translator’s name to its advisor(s), and vice versa.

Will I receive information about the assessment? Do I get feedback or just a simple yes or no?
You will be given a detailed assessment.

What can I do if I disagree with the assessment?
First of all you can contact Dick Broer at the Foundation, within six weeks of receipt of the assessment.

Is it possible to have a second attempt? If so, how soon after the first?
If you believe that your work has clearly and substantially improved as a result of additional experience and/or training, you can put in a request for a fresh assessment, giving your reasons, a year after you receive the first.

Are there separate lists for different genres? Is it possible to be on the list for children’s books only, for example?
For English, French, German, Italian, Spanish and Swedish, the Foundation has a separate list for each genre. This is not possible in the case of languages with fewer translators.

Once I have been approved based on a text in one genre, does that mean I can also translate other genres?
The Foundation may decide to ask for a sample translation for each genre, since they make different demands of the translator.

Do I have to be on the list before I can accept an assignment from a publisher?
No, but it is advisable. A publisher will qualify for a translation subsidy only if the translator is on the list or is judged eligible to be placed on the list.

If I already have a contract with a publisher, can I get my name onto the list so that the publisher will qualify for a subsidy?
Your work will be assessed as described above, but we will do our best to accelerate the process.

Can a translator apply to the Foundation for a translation subsidy?
Only a foreign publisher can request a subsidy, and the subsidy will be paid direct to the publisher. 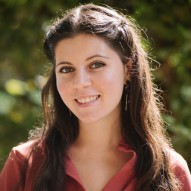