* There will be seven subsidy meetings in 2020. The deadlines for the applications are: January 11, February 23, April 6, May 24, August 15, October 17 and November 21. You will receive an answer about your application within three weeks after the deadline date.

There are a number of other conditions with which an application for a subsidy must comply if it is to be successful:

The amount granted depends on a number of factors:

Application for a grants should be made by the foreign publisher, by means of the application form. The requested documentation should be attached to your reply to the confirmation e-mail that you’ll receive after filling in the on-line form. The Foundation aims to ensure that its decision is made known to the applicant within twelve weeks.

The sum granted will be paid to the foreign publishing house after receipt of the agreed number of complimentary copies, in which mention must be made of the support of the Dutch Foundation for Literature (including logo).

An experienced translator living in the Netherlands can apply for a supplementary payment in addition to the fee from the foreign publisher, up to a maximum of 6.8 euro cent per word. This additional fee is dependent upon the quality of the translation.

In the work an acknowledgement has to be printed that publication has been made possible with the financial support from the Dutch Foundation for Literature.

This book was published with the support of the Dutch Foundation for Literature.

The logo of the Dutch Foundation for Literature is available in several formats, please visit our download page.

The Dutch Foundation for Literature extends subsidies to foreign publishers for translations of Dutch literature, provided the translator is on the Foundation’s List of Approved Translators. If that is not the case, the Foundation looks at whether it would be worthwhile inviting the translator to provide a sample translation, which will then be assessed by one or more experienced literary translators, on an anonymous basis. Such assessments take an average of four to six weeks. Read more

To submit your application, please use this form:

If you are making an application for an anthology or a literary magazine, please use this form: 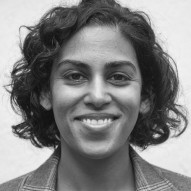