It isn’t just as a parent that Frenk Meeuwsen is a late bloomer – he only made his debut as a cartoonist three years ago with Zen Without a Master, a graphic novel filled with Eastern philosophy and spirituality that was also semi-autobiographical. With Year Zero, a beautifully drawn, compellingly told story that took him several years to make, Meeuwsen proves that he’s here to stay in the cartooning world.

In previous relationships Frenkel – Year Zero’s protagonist – has never felt ready for parenthood, even if his reluctance to become a father often caused problems. Yet with his much younger girlfriend, Zaza, he does find himself wanting to have a child. He brings the subject up on a terrace in Paris during a weekend getaway. Like Frenkel himself, Zaza is very surprised, but after they talk about it she gets on board with the idea.

The adventure that follows, full of humour and momentum, is recognisable for any parent, but also well worth a read for people who don’t have any experience in this area. Meeuwsen vividly conveys both the tremendous sense of joy that accompanies a birth and also the fears and doubts.

Meeuwsen’s background as a visualiser and creator of storyboards in the advertising world shows – not only in his technically sophisticated, realistic drawing style, but also in his ability to tell a story as entertainingly as possible.

Unlike Zen Without a Master, Year Zero is in colour, and Frenk Meeuwsen uses those colours in a very exciting way. For example, Frenkel dreams in mainly blues and blacks while the scenes in the hos- pital are characterised by various shades of pale green. Year Zero is also a subtle paean to Amsterdam, where most of the story is set. Locals will be quick to recognize many of the locations, while others will enjoy the way Meeuwsen’s drawings convey the city’s charm.

Even the most mundane things are unique for the person going through them – that’s the story of Year Zero.

In Year Zero, Meeuwsen’s artistic talent explodes off the page, and he really knows how to tell a story too. 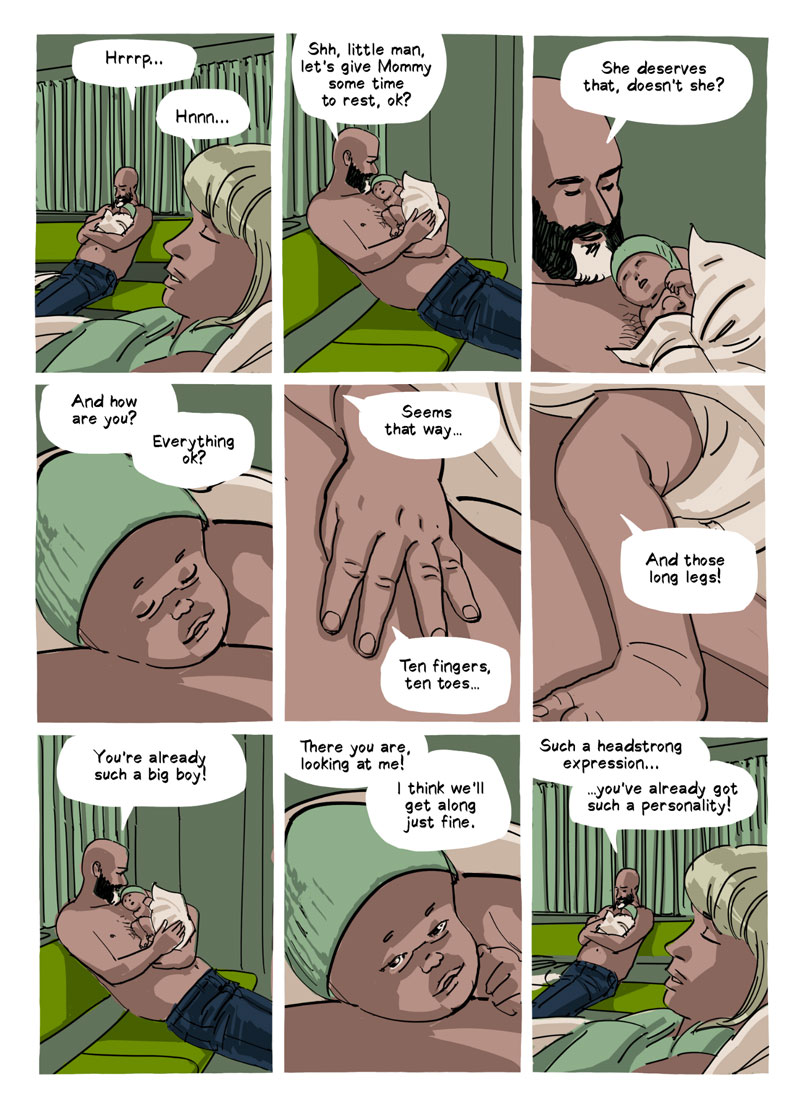