They are often to be spotted in Amsterdam’s Red Light District: British tourists in T-shirts who are defying the wintry cold with the help of plenty of beer. It is these men who are the protagonists of Guido van Driel’s Gasten (Blokes Abroad).

Unlike most tourists in Amsterdam, Syd and Roger don’t make straight for the city centre, but first take the ferry across the river to Amsterdam-Noord, where they commemorate Syd’s brother, who recently drowned. After that, it’s time to head for the Red Light District and go on a bender. England are playing the Netherlands, so the city is full of football fans who have come to drink and to display their bare bums to the women in the windows.

This vulgarity comes to an end when Syd and Roger buy magic mushrooms and go tripping through the city. Until that point, Van Driel keeps the book in shades of dark grey to show the chilliness of Amsterdam. But in the botanical garden, Roger’s trip reaches a climax and tropical hues take over the book. The storylines that are set in the past are printed on black paper, which creates the impression that you are sitting in the cinema. This is no accident, as the author is also a film maker. 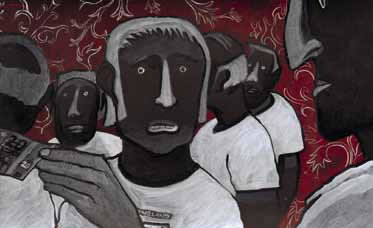 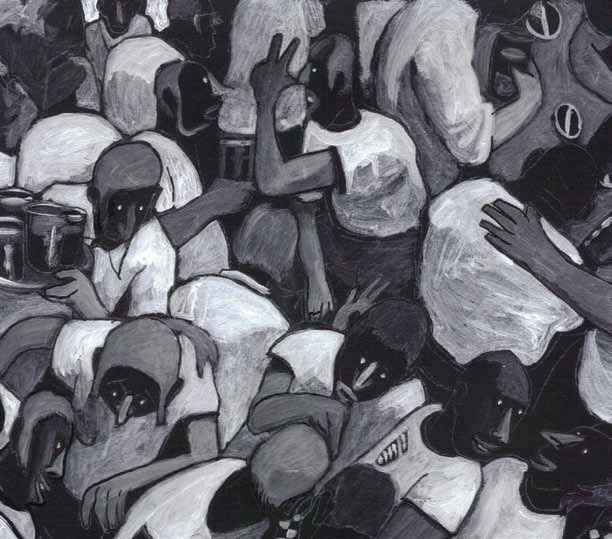 With Gasten, he has added yet another gem to his steadily growing list of graphic novels.