‘The Mystery of Life’

The two most important Dutch prizes for children’s and young adult literature, the Golden Slate Pencil and the Golden Paintbrush have gone to one and the same book, for the first time since 1985: The Mystery of Life – and the Stinky Socks of Jos Grootjes from Driel, published by Gottmer. Author Jan Paul Schutten and illustrator Floor Rieder introduce earth’s origins, the universe and the story of evolution in ways that are witty and factual, technical and anecdotal.

German publishing house Gerstenberg Verlag acquired the rights to this beautiful book and the publication of Evolution oder Das Rätsel von allem, was lebt, translated by Verena Kiefer, did not go unnoticed in Germany. The German press was full of praise for the book and in November it receives its first German prize. Next year an English translation will be published by Beyond Words Publishing (USA).

The juries of the Golden Slate Pencil and the Golden Paintbrush praised the work of both Jan Paul Schutten (b. 1970) and Floor Rieder (b. 1985):

A brilliant book that’s full of light and air despite the weighty subject it takes on, prompting reflection as well as laughter. We will have to wait a good while for another book with such grand ambition and masterly execution. [The illustrations] are at once elegant, funny, innovative and informative. The Mystery of Life is an artwork of a book.

In the Netherlands more than 30,000 copies have been sold of this non-fiction book for children. It has won several Dutch prizes, for text, illustrations and cover. Earlier this year, Schutten won both the Golden Tulip, a prize for the best informative book of the year, and the Nienke van Hichtum Prize, awarded biennially for the best children’s title. Dutch booksellers named The Mystery of Life the best book of the year for young people and it has now been awarded the two most prestigious prizes for children’s literature: the Golden Paint Brush and the Golden Slate Pencil.

The writer as well as the Dutch and German publishers have received the support of the Dutch Foundation for Literature. 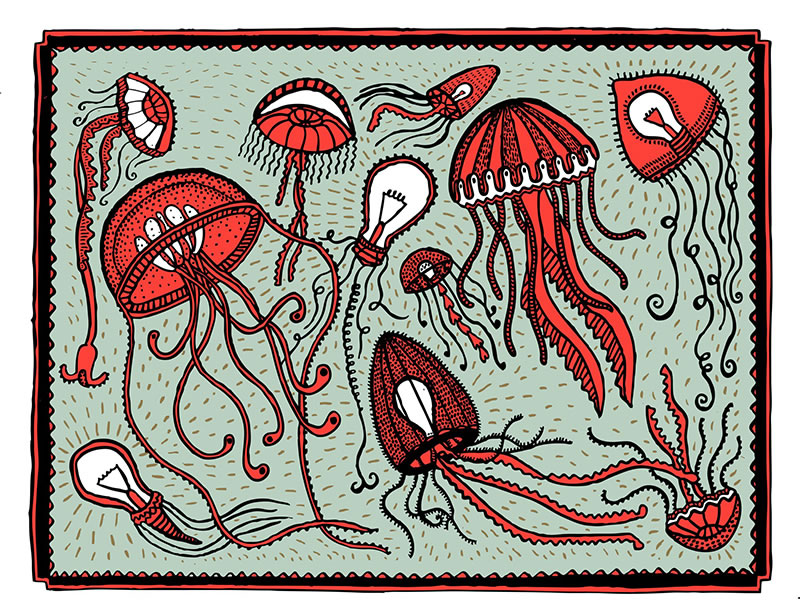