Schwob in the Public Library in Amsterdam

On October 29th at 8pm, at the Public Library of Amsterdam, three internationally acclaimed authors will share their favourite forgotten classics from European literature: Arnon Grunberg from The Netherlands, Jens Christian Grøndahl from Denmark and Christos Chrissopoulos from Greece present books that should be rediscovered by national and international publishers and readers. Margot Dijkgraaf will be the host of the evening.

Arnon Grunberg pitches Marek Hlasko, who wrote Converted in Jaffa, a book that knocked Grunberg of his feet. It is not a coincidence that Grunberg’s pseudonym Marek van der Jagt and Hlasko have the same first name.

Jens Christian Grøndahl presents To Mennesker mødes (Two people meet) to the public, a novel written in 1932 by the Danish author Knud Sønderby. This novel has been of significant influence on Grøndahls work.

Christos Chissopoulos will be the ambassador of Το σπίτι μου (1932) (My house) by his compatriot Melpo Axiote. Chrissopoulos argues why Ms. Axiote, who lived a very adventurous life, should be known worldwide.

The evening is English spoken. Please make a reservation at www.spui25.nl if you wish to attend this event.

Any forgotten books that are still in your mind, but not in print anymore? Tell Schwob about them! 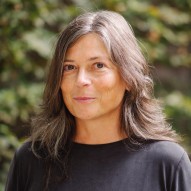