Jesús Carrasco as WiR in Amsterdam

The Spanish writer Jesús Carrasco lives and works in Amsterdam as a writer-in-residence from June 4th until July 31th at the invitation of the Dutch Foundation for Literature.

Jesús Carrasco (1972) wrote his first novel Intemperie in 2013 (translated into Dutch by Arie van der Wal for publishing house Meulenhoff, Dutch title De Vlucht). The book was very well received in Spain and the translation rights are now sold to over 29 countries.

The novel was declared Book of the year by Madrilenian booksellers who especially praised the way in which Carrasco combines innovation and tradition with a most intense and powerful style.

Intemperie tells the story of a boy who is on the run from the people of his village. He then meets a goat shepherd and together they start a journey, trying to survive the drought and heat of the Spanish fields, while the villagers keep hunting them. It appears to be impossible for the boy and the shepherd to escape the violence of both men and nature.

During his residence in Amsterdam, Jesús Carrasco will work on his second novel, which tells the story of a man that is deported and captivated during the Second World War. Carrasco will do research for his novel in Amsterdam, a city that was struck to its core by the war. In addition, he will also visit several other cities readings and interviews. 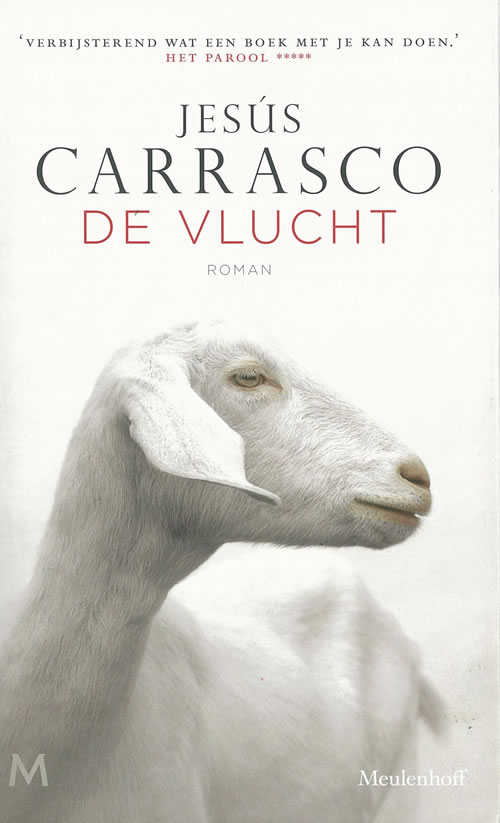