As a follow-up to the host country programme ‘Open landscape – Open book’, which was successfully completed in September 2011, the Dutch Foundation for Literature is again organizing a series of literature events on the occasion of the Beijing International Book Fair 2012 (BIBF).

Various Dutch-language and Chinese authors and moderators will be taking part in the programme, which will be held from 28 August to 2 September in book shops and arts centers throughout Beijing. At the BIBF, attention will also be paid to Dutch-language literature. At a joint stand, the Dutch Foundation for Literature and the Flemish Foundation for Literature will be presenting new Dutch and Flemish titles to Chinese publishers. The stand also offers space to Dutch and Flemish publishers. 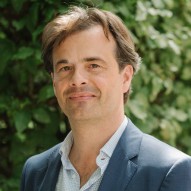