Mister Orange is the 2014 Batchelder Award winner. Originally published in Dutch in 2011, the book was written by Truus Matti, translated by Laura Watkinson, and published by Enchanted Lion Books. Another translation from Dutch by Watkinson, The War Within These Walls (Eerdmans Books for Young Readers), written by Aline Sax and illustrated by Caryl Strzelecki, was selected as one of three Honour Books. The Batchelder Award is given to the most outstanding children’s book originally published in a language other than English in a country other than the United States, and subsequently translated into English for publication in the United States.

When his older brother enlists in 1943, Linus Muller assumes family responsibilities that introduce him to “Mister Orange”, Dutch painter Piet Mondrian (1872-1944). At once a coming of age story and a celebration of the power of art, Mister Orange beautifully captures Linus’ awaking to the larger world around him.

Both writer Truus Matti and the American publisher Enchanted Lion Books, have received a grant from the Dutch Foundation for Literature for writing the book and as a contribution to the translation costs, respectively.

Previous Dutch winners of the Batchelder Award for children’s and youth literature in English translation were Soldier Bear by writer Bibi Dumon Tak and illustrator Philip Hopman, translated by Laura Watkinson (2012), The Baboon King by Anton Quintana (2000), The Winter When Time Was Frozen by Els Pelgrom (1981) and Pulga by S.R. van Iterson (1973). 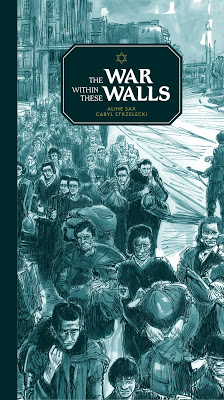