Davide Enia as WIR in Amsterdam

The Italian author Davide Enia has been invited by the Dutch Foundation for Literature and Amsterdam Fund for the Art to stay in Amsterdam between 25th of September and 28th of October as a writer in residence.

Davide Enia (born in Palermo in 1974) is an actor and one of todays most important Italian playwrights. His plays were brought on stage internationally and have been awarded with various prizes. Così in terra (As on Earth), written originally in Palermian dialect, was Enia’s debut in novel writing. Against the background of turbulent Sicilian history, starting from the Second World War until now, the book tells the story of a street boy Davidù. The novel has been translated into eighteen languages and was selected in 2012 for the shortlist of the Premio Strega and the Premio Bancarella.

Zo ook op aarde, the Dutch translation by Manon Smits of this novel, was published by De Bezige Bij.

During his stay in Amsterdam Enia intends to work on his new novel. For this purpose he will do a research on the first modern European prison, the Rasphuis. A prison that was built in 1595 in Amsterdam and was commonly called Rasphuis (Dutch raspen: to grate), due to the work performed by prisoners: grinding of tropical wood into powder that was used for pigment producing. Next to his second novel Enia is currently working on a cookbook for Sicilian cuisine. 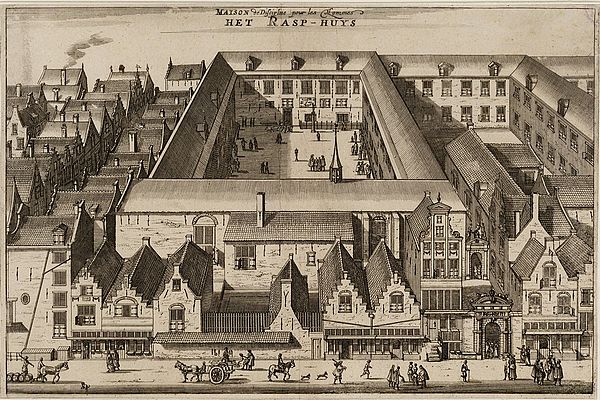 On October 18th, 17.00-19.00, Enia will meet with his translator Manon Smits in the Libreria Bonardi, an Italian bookstore on the Entrepotdok 26 in Amsterdam.

Lecture at the University of Utrecht

On October 23rd, Enia will provide a lecture for the Italian faculty at the University of Utrecht with dr. Reinier Speelman.