Chinese poet Wang Jiaxin in March as WiR in Amsterdam

On Monday 7 March, the Chinese poet Wang Jiaxin will arrive in the Netherlands as writer in residence. He will live and work in Amsterdam for a month, at the invitation of the Dutch Foundation for Literature. He also performs in Leiden, Amsterdam and Ghent, and at several secondary schools.

Wang Jiaxin (Danjiangkou, 1957) is a poet, editor, essayist, critic, literary translator and professor of Chinese literature. In 1992 he was already on stage at Poetry International in Rotterdam, but the first Dutch translation of his work was only recently published: Een asgrauwe dageraad, an anthology of more than sixty of his poems, that was edited by translator Silvia Marijnissen at Poëziecentrum. His work “approaches through concrete descriptions a timeless loneliness”, according to Marijnissen in her epilogue, and is deceptively simple and crystal clear, “just like a crystal spreads a whole color spectrum when you turn it in the light”. 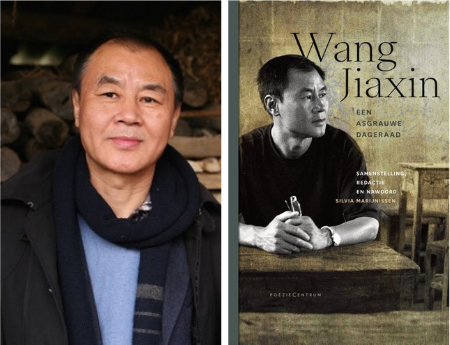 Like many of his contemporaries, Wang was sent to the countryside during the Cultural Revolution for work and “re-education”. In 1978, two years after Mao Zedong’s death, he began studying Chinese Language and Literature at Wuhan University, where he is now a professor. He made his debut as a poet in 1985 and became widely known from the 1990s, after moving to Beijing. He has won several national and international prizes and has appeared at poetry festivals all over the world. Conversely, in his work he also likes to relate to foreign poets and writers. As a translator, he is known for his Chinese (from English) translations of literary relatives such as Paul Celan, Marina Tsvetaeva, Federico García Lorca and Osip Mandelstam.

During his residency, Wang wants to orientate himself further on Dutch poetry. Marijnissen and Wang will also be working together on translations this month. In addition, Wang visits two high schools in the Netherlands and participates in several public events: