The Vondel Translation Prize 2021 has been awarded to David Doherty for Summer Brother, his translation of Zomervacht by Jaap Robben. At an online ceremony by The Society of Authors, Doherty received the €5,000 prize money and praise from the jury.

The jury, consisting of Jane Draycott, Michele Hutchison and Susan Massotty, said the following about the translation: ‘Doherty writes with a propulsive rhythm, and delicately follows all the metrical shifts in Jaap Robben’s Summer Brother, a compelling and filmic novel. Doherty’s talent shines especially brightly in the colloquial exchanges between the characters, creating an idiolect for each, with an ear akin to that of a playwright.’ 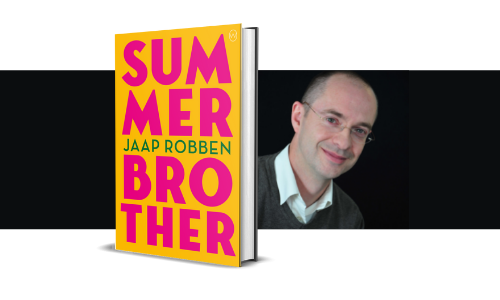 David Doherty, who is of Scottish origin, studied English literature and linguistics in Glasgow, after which he moved to Amsterdam. He has been working as a translator since 1997. He has translated work by Alfred Birney, Marente de Moor and Hanneke Hendrix, among others, into English and is Jaap Robben’s regular translator. He also provided the English translation of Dutch sports books by Hugo Borst and Wilfried de Jong. With Summer Brother (World Editions/De Geus), Doherty and Robben were also longlisted for the International Booker Prize 2021 last year.

David McKay received for his ingenious translation of Het leven op aarde (Adrift in the Middle Kingdom, Handheld Press) by J.J. Slauerhoff an honorable mention. The other nominees were David Colmer for his translation of Will (Will) by Jeroen Olyslaegers (Pushkin Press), Jane Hedley-Prole for her translation of De republiek van Joost de Vries (The Republic, Other Press) and Laura Watkinson for her translation of Lampje by Annet Schaap (Lampie, Pushkin Children’s). All nominated English translations first appeared in 2019 or 2020.

Since 1996, the Vondel Translation Prize has awarded the best English book translation of a Dutch-language literary or cultural-historical work once every two years. The prize is financed and organized by the Dutch Foundation for Literature in collaboration with the British Society of Authors. The prize money is € 5,000. Most recently, the award went to Michele Hutchison, Laura Watkinson, Donald Gardner and David Colmer. 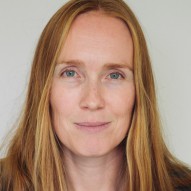