Jury report and words of thanks

There’s no getting around it: 2021 has turned out to be the year in which the importance of translation and translations and the role of interpreters and translators has become more prominent than ever. Especially now, with Europe sometimes conspicuous by its absence from the world stage, it’s essential to maintain strong links between the countries of the old continent and to keep attention focused on free movement back and forth from one language to another. Translators are indispensable in this regard, enabling us to gain understanding and continue to garner knowledge of each other’s histories, backgrounds and lives, from a social, historical and cultural point of view.

The jury of the European Literature Prize, made up of translator Martine Woudt (who translated one of last year’s winning books), booksellers Marieke Groot and Marischka Verbeek, and writers and essayists Cyrille Offermans and Manon Uphoff (chair), selected a shortlist of five impressive novels from the longlist. After that the jury found itself with quite a challenge. How to choose between the singing, innovative Meisje, vrouw, anders by Bernardine Evaristo (refreshingly translated by Lette Vos), the deeply human and painful De reparatie van de wereld by Slobodan Šnajder (in an excellent translation by Roel Schuyt), the overwhelming and epoch-spanning De jaren by Annie Ernaux (in the erudite translation by Rokus Hofstede), the landscape novel Langs de rivier by Esther Kinsky (sublimely translated by Josephine Rijnaarts) and the astonishing Herkomst by Saša Stanišić (translated with perfect fluidity by Annemarie Vlaming). In an animated Zoom meeting the jury members entered into debate and arrived at the decision to award the prize to Herkomst by Stanišić, on the following grounds.

Herkomst (Where You Come From), the third novel by Saša Stanišić (b. Višegrad, 1978), isa melancholy and at the same time irresistible, optimistic, tender book. As the son of a Bosnian and – on paper at least – Muslim mother and Serbian father in the former Yugoslavia, Stanišić cheers for the diverse Red Star team one year and the next flees to Germany at the age of fourteen. There he grows up in a migrant community, falls in love – both with a girl and with words – and stays. He is embarrassed by the bare walls and third-hand furniture of the home allocated to his family, and by their customs. By embracing his native language alongside German, and with it his parents, he frees himself from that embarrassment. When he applies to become a German citizen, he is asked about his origins. ‘A construct’, the author calls the concept, but it is a construct over which he takes back control in this autobiographical novel.

The jury was touched by the precise, playful search for whatever it is that constitutes the essence of our identity, for what ‘origin’ really amounts to. It repeatedly turns out to be found in the connections between people, in the connection with language, and in the great and moving ability of people again and again to attach themselves, to reach back, to reconnect, and to bind to the present – not without pain and great efforts of will – a past that has become detached from it, along with the loved ones to be found there. An important part of the origin described in Stanišić’s book is his beloved grandmother Kristina, who stayed in Višegrad when the Yugoslav wars broke out. As she is pulled deeper into the past by dementia, Stanišić – now a father himself – realizes that part of his own past is disappearing with her. Stanišić follows the leaps of his grandmother’s unfathomable memory and adds his own byways. He travels crisscross through his and his family’s past, through meetings with distant relatives, detailed memories of those first few years in Germany and his enthusiastic introductions to the power of language. Stanišić flits about in his material, supplements it with nostalgia and bitter irony, repeatedly wanders astray, expands, creates allegories, deploys myths, and takes the reader with him in stories that end very differently from the way they seemed to begin – like being born in a country that no longer exists. Stanišić rises above the forced platitude of a single origin and effortlessly builds his own out of the people around him. Herkomst is both an affectionate and personal history told from the perspective of a son and grandson and a modern, tragic European history that we must never forget. At the end, Stanišić intensifies all this into a compositionally strong authorial performance. Translator Annemarie Vlaming unfailingly conveys these leaps and this lightness from the German. Her love of language is undoubtedly as great as Stanišić’s own. The astute plays on words and rapid, pointed, thoroughly unique use of language coincide effortlessly with the story, and the narration maintains its natural tone consistently in the Dutch.

It is therefore with great pleasure that the jury awards the European Literature Prize 2021 to Herkomst by Saša Stanišić and literary translator German-Dutch, Annemarie Vlaming. 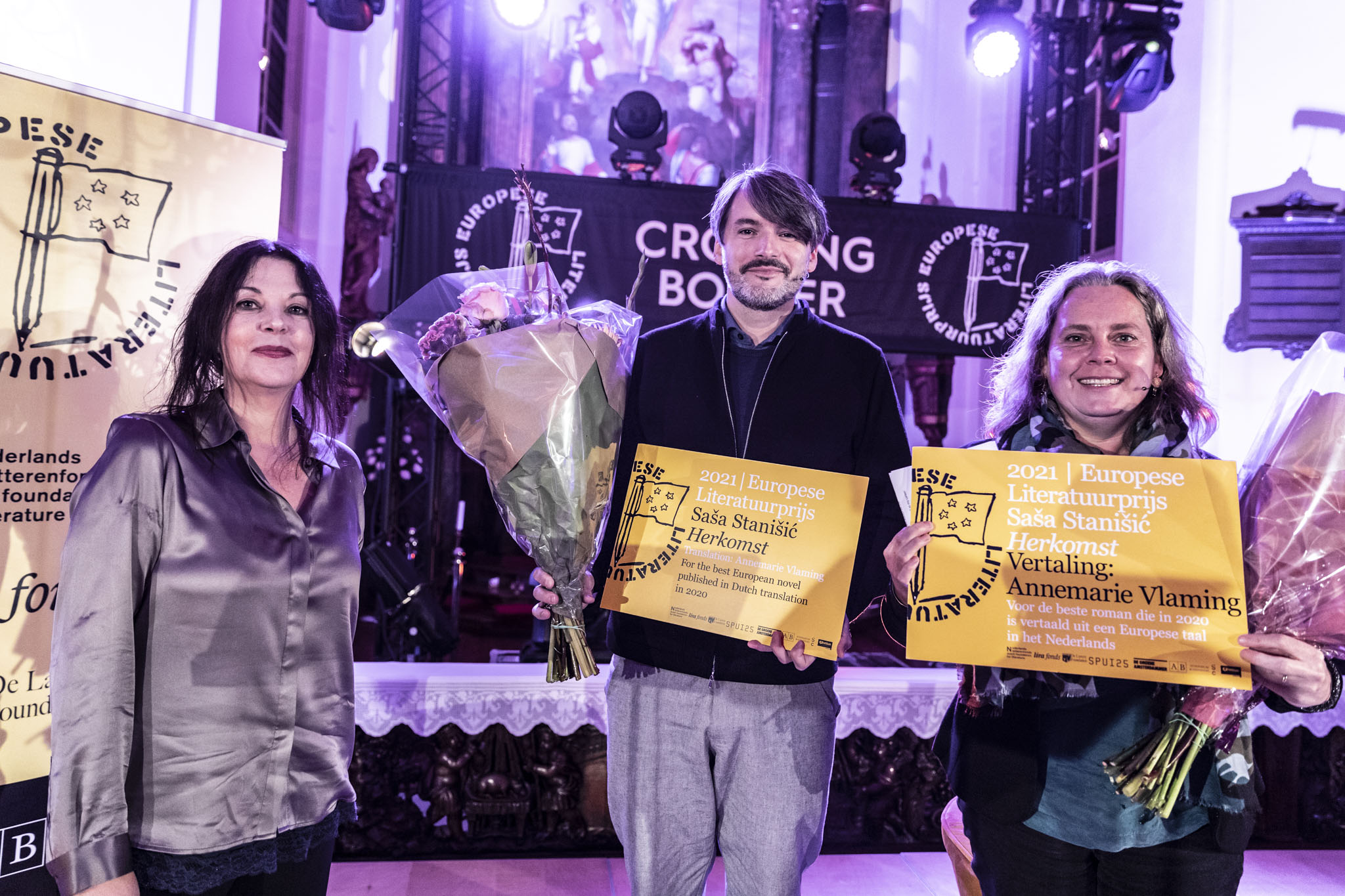 So, thank you, dear jury, for honouring Saša’s book and my translation. My voice to be heard, my name to be mentioned, means the world to me.

Word of thanks by Annemarie Vlaming, literary translator German-Dutch. (pdf) 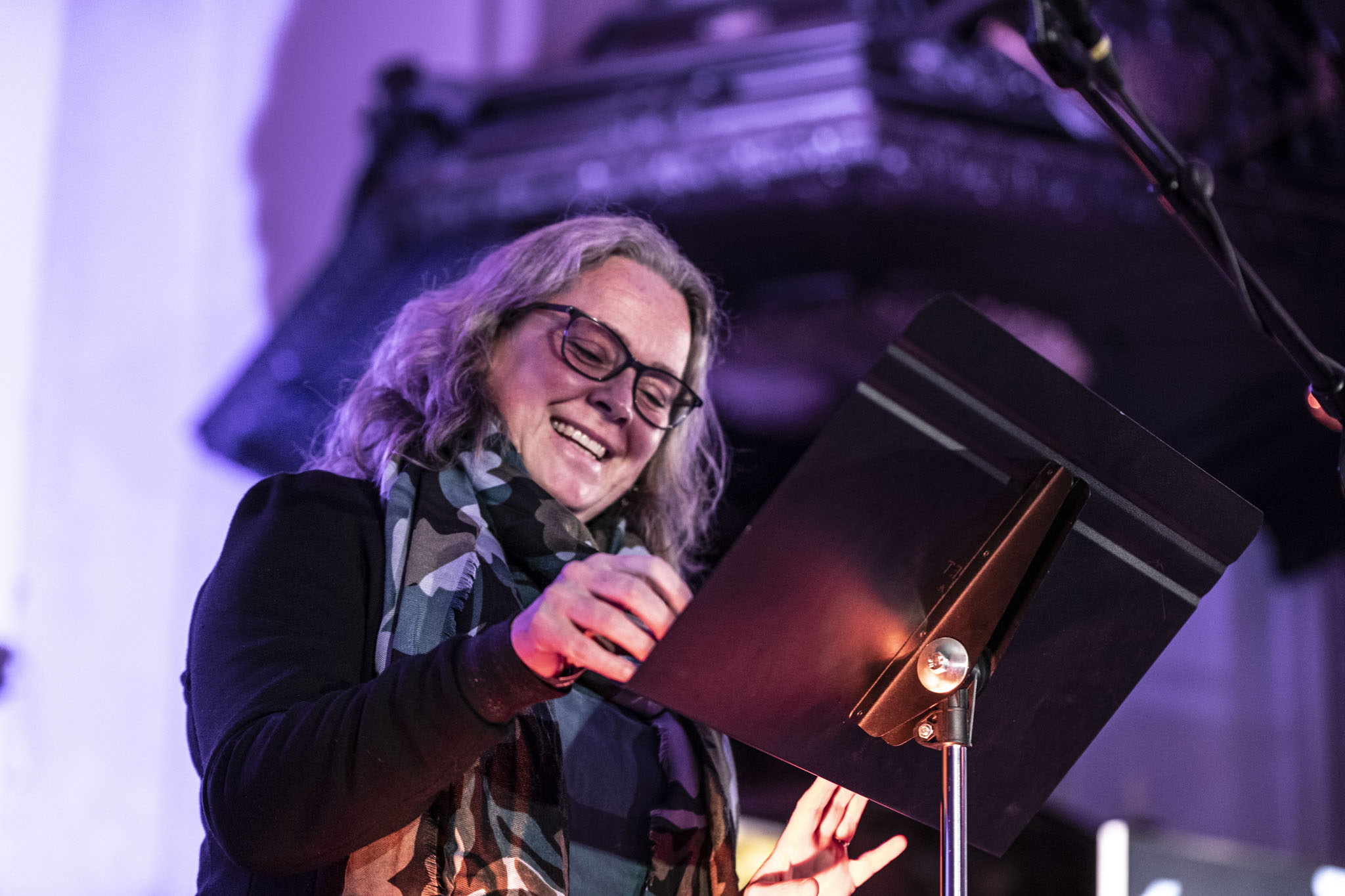 I appreciate tremendously the task of translating and the work of translators which allows me to embrace experiences, words, stories of others into my own. So, I love that there is a prize like the one here, of which now Annemarie and me have become protagonists. A prize that highlights not only the quality of a single work of literature but also the importance of literary translation-work.

Word of thanks by writer Saša Stanišić. (pdf) 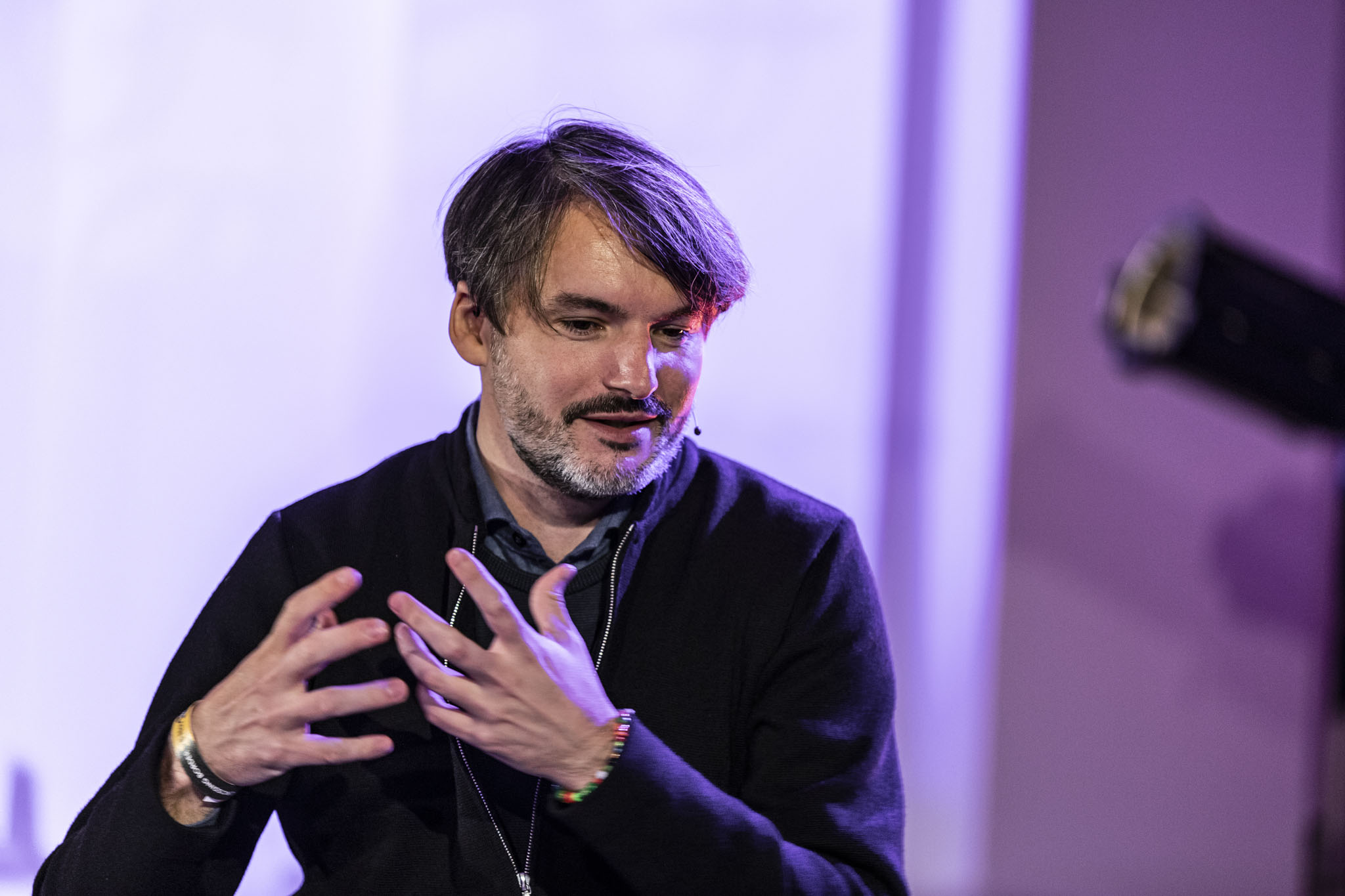 The award ceremony took place in the atmospheric hidden church, one of the locations of this years edition of the international Crossing Border Festival in The Hague, the Netherlands. It included a live interview with both laureates by Guido Snel - writer, former translator, and senior lecturer European literature at the University of Amsterdam - on the genesis of both novel and translation, the leap between languages which forms an essential part of this autobiographical novel, the affinity that both Stanišić and Vlaming feel for each other work, and the game- or mazelike structure which forms the ending of the novel Herkunft / Herkomst . 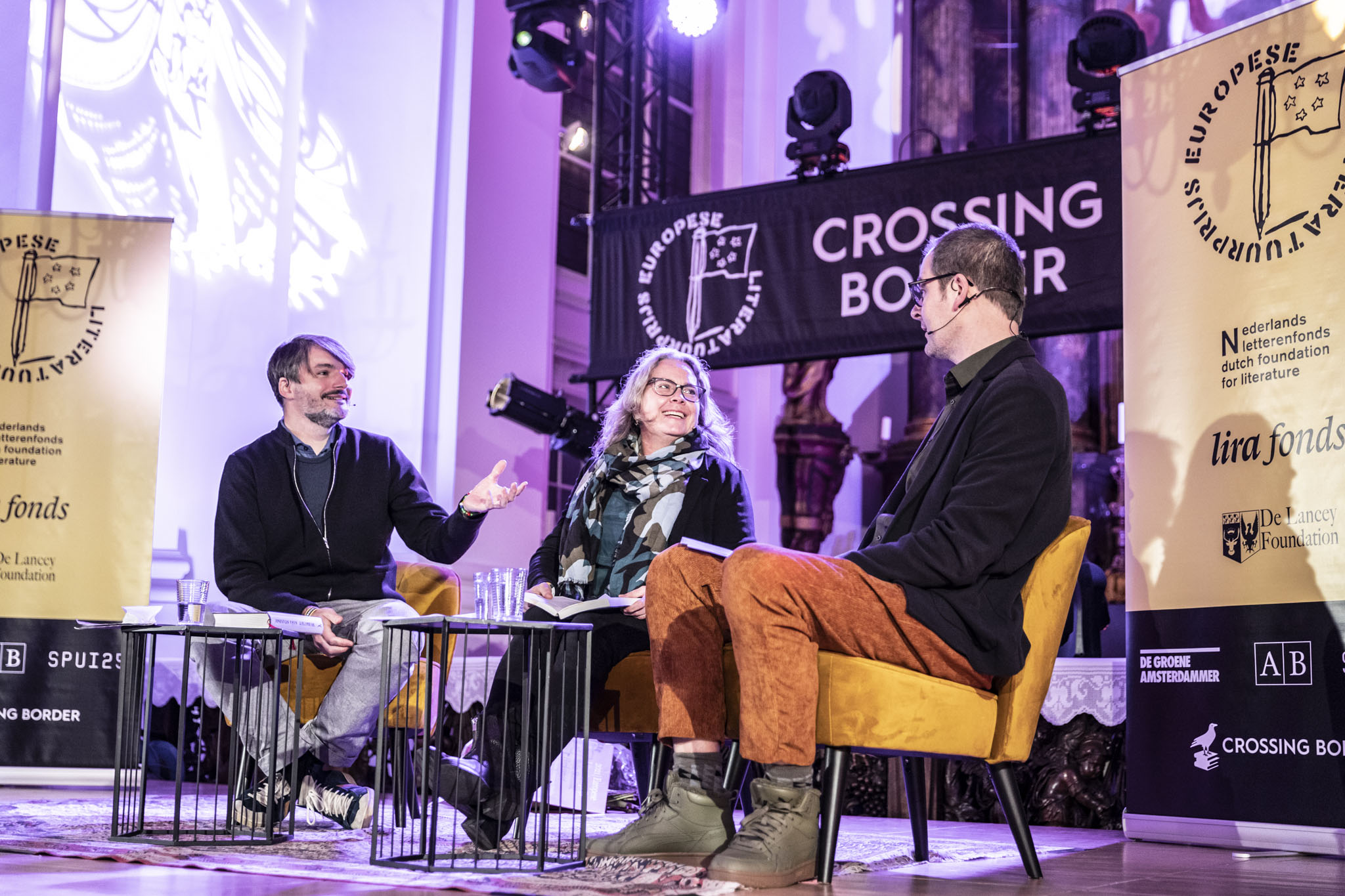 On the eve prior to the award ceremony both winners of the European Literature Prize 2021 were interviewed on the art of writing and translating in Spui25 in Amsterdam by jury members Manon Uphoff (chair) and Marieke de Groot. The video of this English spoken interview with Saša Stanišić and Annemarie Vlaming may be found on the Spui25 website. 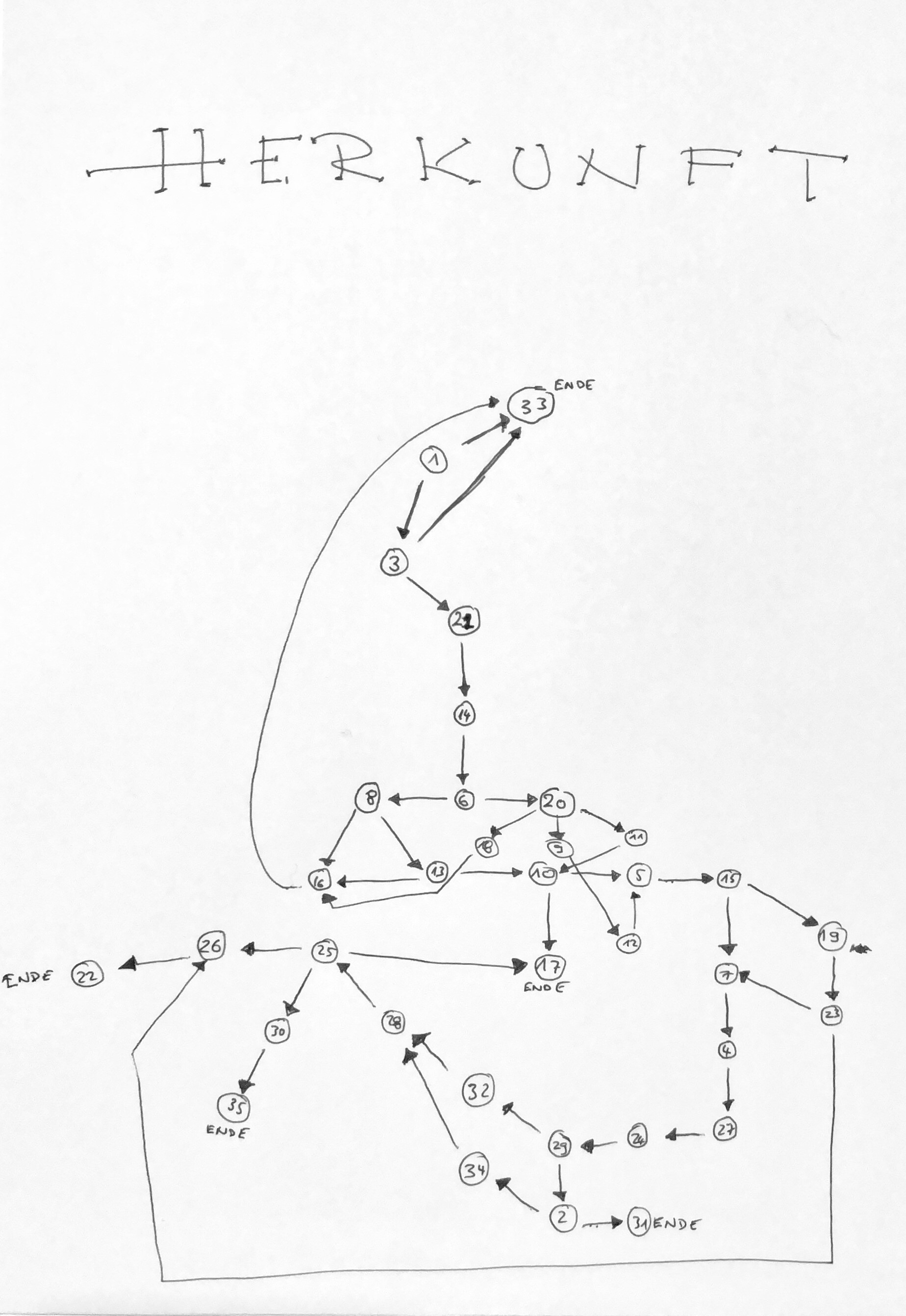 Previously, on the occasion of the shortlist announcement, Saša Stanišić made a short video message for his translator. This was published by his Dutch publisher Ambo Anthos.

NB The Dutch European Literature Prize is not be confused with the EU Literature Prize, which is organised by the European Union and which aims to spotlight the creativity and diverse wealth of Europe’s contemporary literature, especially young fiction writers.

All weblogs by European Literature Prize