Gerda Blees has been awarded the European Union Prize for Literature for Wij zijn licht (Podium publishers). The jury unanimously picked her novel as the Dutch winner of 2021. Through 25 narrators, Blees offers a new perspective in each chapter and thus describes the members of a commune who stop eating because they want to live on light and air. The novel was previously selected as Best Book of the Year by Dutch bookstores and shortlisted for the Libris Literatuur Prize 2021.

It is a haunting and also highly entertaining novel about small people in a big world. About their unifying but also destructive desire to believe in lofty ideals. Gerda Blees tells compellingly and with dizzying precision but also with humor. […] We are convinced that We are light deserves a large readership in Europe. The European Union Literature Prize will contribute greatly to this. Rights have already been sold to Germany, Italy and Slovenia.

Also nominated were Jaguarman by Raoul de Jong and Waar ik liever niet aan denk (What I’d Rather Not Think About) by Jente Posthuma.

The European Union Prize for Literature recognises emerging fiction writers from the European Union and beyond. Engaging the 41 countries participating in the Creative Europe programme of the European Union, the Prize celebrates 41 outstanding new literary talents across a cycle of three years. Spotlighting the creativity and the immense and diverse wealth of Europe’s contemporary literature in the field of fiction, EUPL aims to promote the circulation of literature within Europe and encourage greater interest in non-national literary works. The 2021 edition awards thirteen laureates from the countries participating in this cycle.

Blees is the fourth Dutch novelist to receive the award. In 2017 Jamal Ouariachi won the prize for his novel Een honger (A Hunger); previous awards went to Rodaan Al Galidi for De autist en de postduif (The Autist and the Carrier Pigeon) and Marente de Moor for De Nederlandse maagd (The Dutch Maiden). Alle three novels have now been translated into ten to fifteen languages. 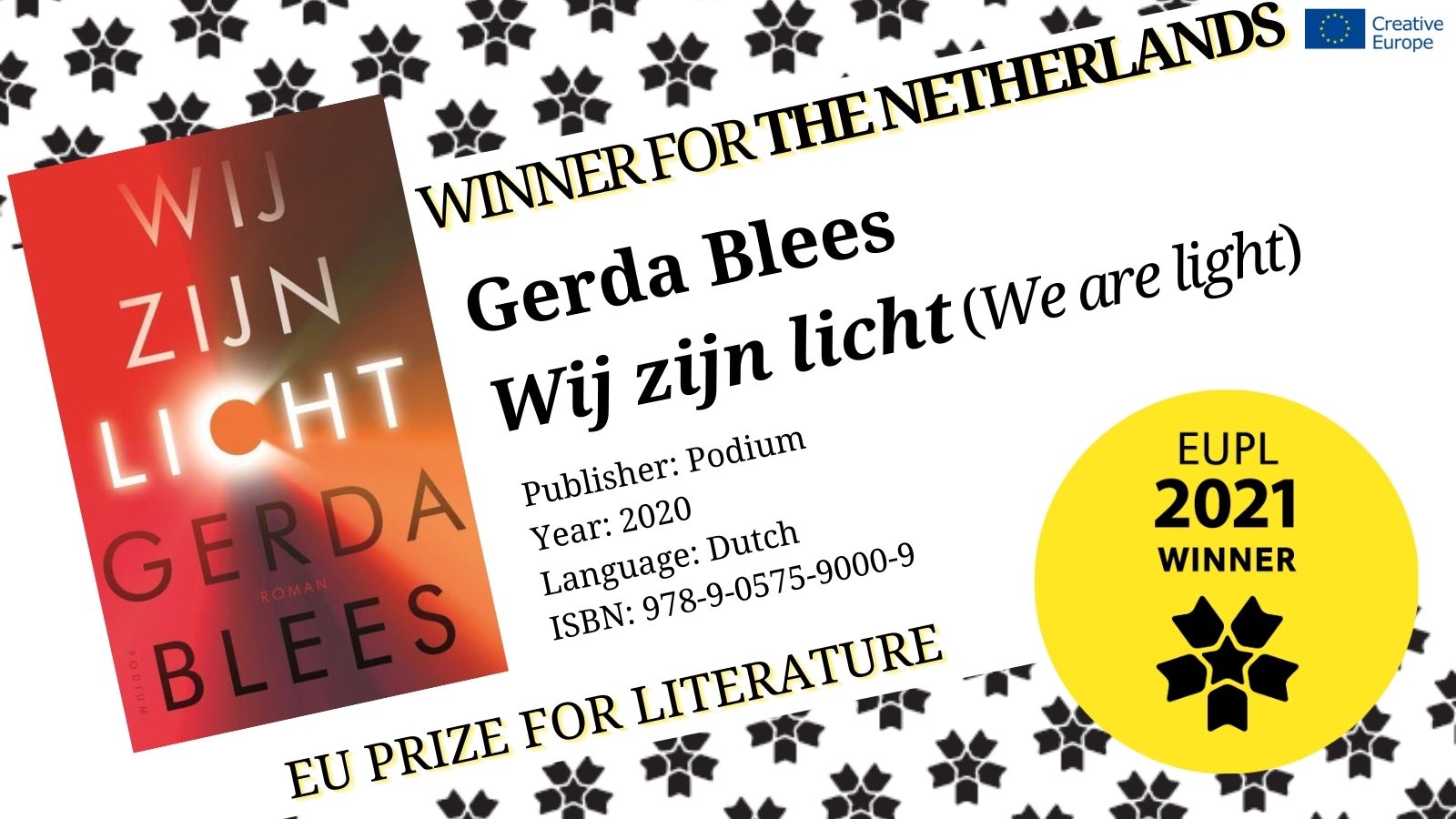