The Dutch Foundation for Literature’s Translation Prize 2020 goes to Ran HaCohen. He will receive the sum of € 15,000. The Foundation is awarding him the prize in recognition of his excellent translations of both classic and contemporary fiction into Hebrew, and his important role as an intermediary on behalf of Dutch literature in Israel. One result of his efforts has been the publication of a Hebrew edition of Max Havelaar by Multatuli. 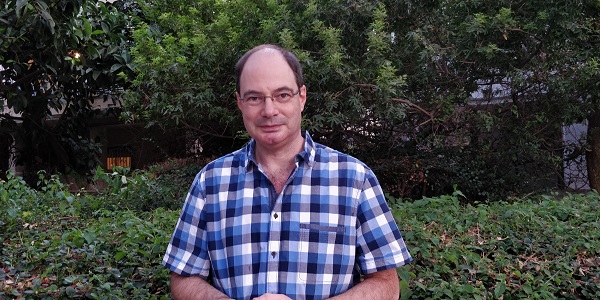 For Dutch literature in Israel, Ran HaCohen is a key figure. He shares his impressive professional expertise with younger colleagues, through translation workshops for example, and regularly assesses sample translations for the Foundation. As an excellent translator, HaCohen has ventured to take on a number of classic authors whose work is extremely difficult to translate, such as Louis Couperus and Jacob Israël de Haan. As an intermediary he was responsible for the publication of a Hebrew edition of Max Havelaar, in his own translation. He has also translated novels by contemporary authors including Bernlef, Anna Enquist, Cees Nooteboom, Adriaan van Dis and Gerard Reve, and Nooit meer slapen by Willem Frederik Hermans. His Hebrew translation of De donkere kamer van Damokles will appear in 2021. For a full two decades his translations have ensured the quality of Hebrew editions of classic and contemporary Dutch literature.

Ran HaCohen (b. 1964) grew up in Israel. His mother is of Dutch extraction. He studied literature at the University of Tel Aviv and at the KU Leuven, took a PhD in cultural studies at Tel Aviv and now works there as a lecturer in the literature department. In Israel in 2010 he was awarded the Tchernichovsky Prize for Exemplary Translation.

The prize will be presented on Friday 11 December, during the online edition of the Literaire Vertaaldagen (Literary Translation Days). The jury of the Translation Prize for a translator from Dutch is made up of the staff of the Foundation’s international department. The winners are traditionally announced around the time of International Translation Day, also known as the feast of St. Jerome, which this year falls on Wednesday 30 September.