Humankind: A Hopeful History, the English translation of historian Rutger Bregman’s bestseller De meeste mensen deugen, has been published by Bloomsbury in the UK to rave reviews. The book was hailed as the new Sapiens; the first reprint followed within a week. Online events with Bregman sold out immediately. The English translation (by Elizabeth Manton and Erica Moore) will be released in the US today by Little Brown.

Rutger Bregman (1988), one of Europe’s most prominent historians, has a sunny view of life. His books are concerned with what’s going well in the world. At the same time, he advocates change and doesn’t steer clear of provocation. His talk at the World Economic Forum in Davos went viral when he lectured a room full of philanthropists on tax avoidance, and his TED talk arguing for a basic income for all, ‘Poverty isn’t a lack of character; it’s a lack of cash’, has been viewed more than three million times.

His earlier bestseller Utopia for Realists (2014) was published in 32 countries, while Humankind: A Human History (2019), whose domestic sales have topped 250,000 copies, has been sold to 18 countries so far. Rowohlt published their German edition last month and Humankind is now a Der Spiegel bestseller. The English edition, released by Bloomsbury in the UK and Little Brown in the US, is about to appear and has garnered amazing pre-publication quotes:

‘Humankind challenged me and made me see humanity from a fresh perspective’ - Yuval Noah Harari, author of Sapiens

‘Never dewy-eyed, wistful or naive, Rutger Bregman makes a wholly robust and convincing case for believing - despite so much apparent evidence to the contrary - that we are not the savage, irredeemably greedy, violent and rapacious species we can be led into thinking ourselves to be. Hugely, highly and happily recommended’ - Stephen Fry 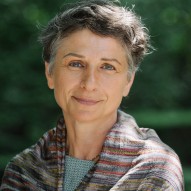