“This middle grade jewel about a lighthouse keeper’s daughter is by turns as satisfyingly dark and light as the best fairy story adventures.” Julia Hale, chair of the Carnegie Medal

Lampje was an instant success in the Netherlands. Annet Schaap received all literary prizes she could possibly win with this youth novel - her first ever. The book tells the story of a lighthouse keeper’s daughter, who meets with disaster one stormy night. Soon she is drawn into a world of mermaids and pirates, where she must fight for freedom, friendship and the right to be different. Lampie and the Children of the Sea is now rapidly conquering an international audience. The book has been translated in five countries - including Germany, Italy and Sweden - and another six translations are on their way. Annet Schaap (1965) was a well-known illustrator of over 200 children’s books, before she wrote and published Lampje (Querido). Her debut novel is currently adapted for stage and into a television series in the Netherlands. As part of the New Dutch Writing Campain, Annet Schaap recently visited the Imagine Children’s festival; she will be back in the UK this May for the Hay Festival. 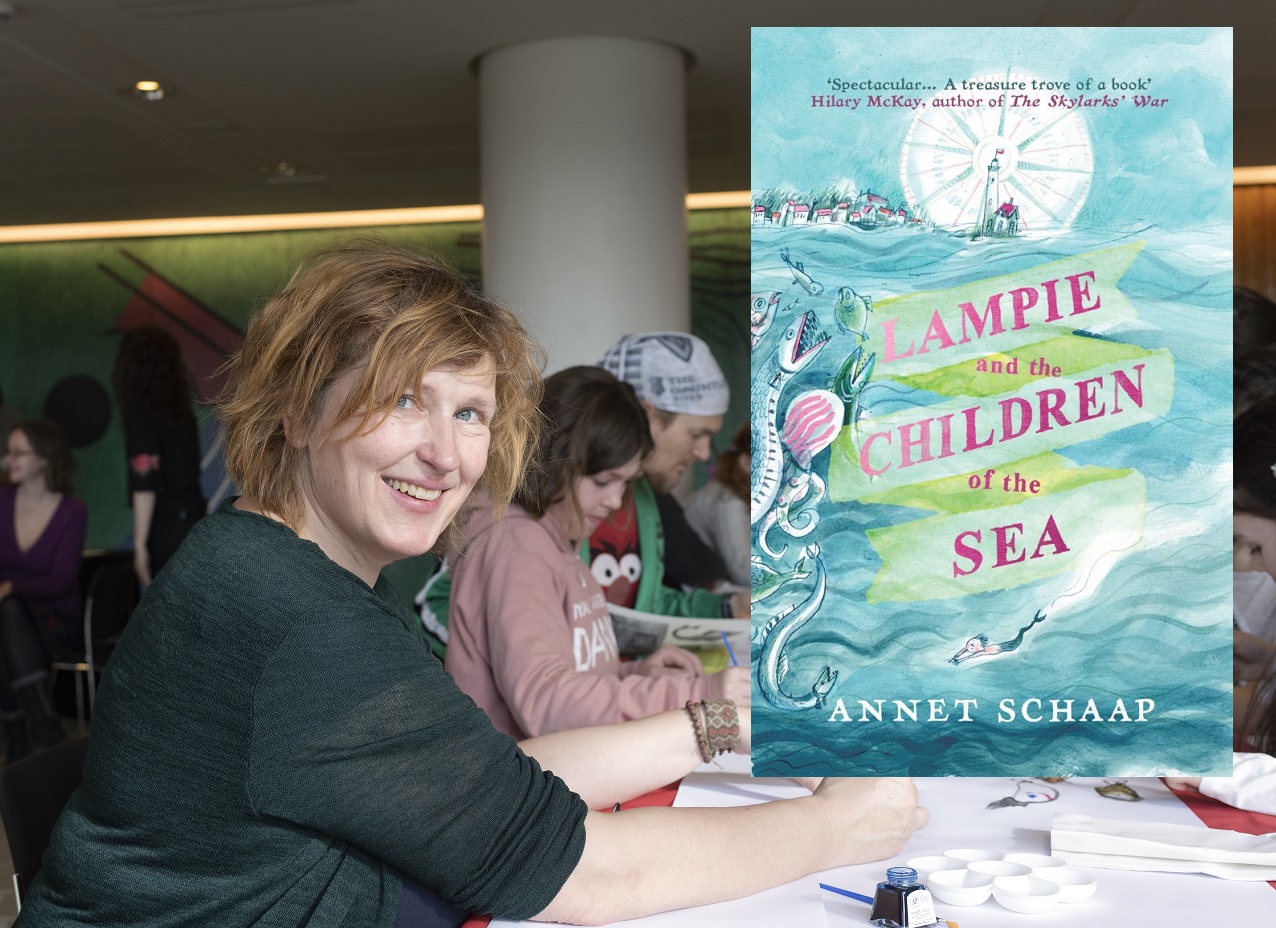 “shadows and murky shades are gorgeously employed by Hanneke Siemensma, working harmoniously with the folksy plot of Little Wise Wolf, the blushes of red of little wolf’s boots and the journey map endpapers are particularly pleasing reading experiences.” Julia Hale, chair of the Kate Greenaway Medal

Little Wise Wolf was illustrated by Hanneke Siemensma, written by Gijs van der Hammen and translated by Laura Watkinson for Book Island. It tells the story of a wolf who is always busy reading books. One day, he is summoned by the King to come to the palace, as the king needs his knowledge of plants and herbs. During his travels, the little wise wolf realizes that true wisdom does not come from books alone.

The illustrations by Hanneke Siemensma have previously been noted and selected by IBBY Netherlands for the Biennal of Illustrations Bratislava (BIB 2019), and received high praise from Karl Andy Foster in his review on the website of The Association of Illustrators.

Both English publications were supported by the Dutch Foundation for Literature with a translation grant.

The CILIP Carnegie Medal annually recognizes one outstanding new English-language book for children. The Kate Greenaway Medal is the oldest and most prestigious children’s book award for illustrators in the UK. The shortlists for both the CILIP Carnegie and Kate Greenaway Medals 2020 will be announced on Thursday 19th March 2020, with the winners being announced on Wednesday 17th June 2020 at a special daytime event at The British Library, hosted by University Challenge star and CILIP Library Champion, Bobby Seagull.