From 19 until 22 February Inge Schilperoord will participate in the yearly conference of the MediterraNed in Rome. MediterraNed is a platform for Mediterranean universities that offer Dutch as an integral part of the curriculum. Together with the Flemish film director Patrice Toye, Schilperoord will discuss the film and the novel Muidhond (Tench), and speak about the role of women in contemporary Dutch literature and film. This year’s MediterraNed conference revolves around the theme of Dutch culture, language and literature from a genderperspective.

Apart from participating in the conference, Toye and Schilperoord will give presentations about Muidhond at several cultural institutions, bookshops, and at the Dutch and Belgian Embassies in Italy.

Inge Schilperoord works as a forensic psychologist. She published her debut novel Tench (Muidhond) in 2015. It tells the story of a man with pedophile tendencies who wants to forget the past and firmly resolves to become a better person. Over 25.000 copies of the novel were sold, and the novel was translated into French, English, Italian, Catalan, Turkish, Norwegian and Spanish. The Italian translation was made by Stefano Musilli and published at Fazi.

Patrice Toye made a film adaptation of Muidhond, for which she won the North Sea Port Audience Award in October 2019 at the Film Festival in Ghent. The premiere of the movie took place on January 30, it is now shown in cinemas throughout the Netherlands and Belgium.

The Dutch Foundation provided a grant towards the travel costs of Schilperoord for this promotional trip. 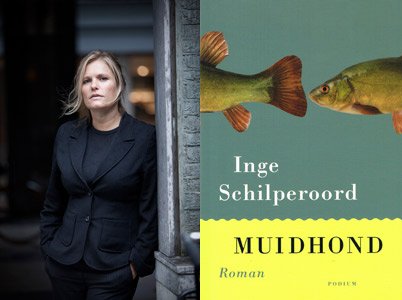