Stanza is one of the leading international poetry festivals, that takes place once a year in Scotland. In March, as part of the New Dutch Writing campaign, two poets from the Low Countries are programmed at Stanza.

Jan Baeke, a poet, translator, editor and curator who has been publishing poetry regularly since his debut in 1997. His latest collection, Seizoensroddel (Seasonal Gossip), was awarded the 2017 Jan Campert Prize for best poetry collection. Jan Baeke will be reading alongside Hanan Issa. This poet crosses artistic mediums, working in collaboration with radio, film, theatre and museums as well as in poetry. The two poets both explore and tests the rules of living with a perceived identity. 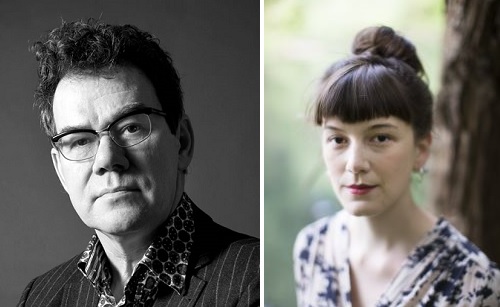 Charlotte Van den Broeck is an engaging poet whose use of narrative poetic structure, and performative approach to her readings, creates a sense of dramatic tension for readers and audiences alike. Her work has been widely translated and critically acclaimed, winning the Herman De Coninck Debut prize and triannual Paul Snoek Prize. In Five O’Clock Verses, she reads poetry together with Alec Finlay, an internationally recognised and award-winning poet and artist who works across creative mediums to explore how the diversity of cultures can relate to landscape and ecology.