Garrett captures the consistently anxious, suggestive, and haunting tone that runs through The Evenings like a live wire—one that, after seventy years, is still electrifying. The narrators of The Fall of the Boslowits Family and Werther Nieland, too, are persuasively rendered in the matter-of-fact and dreamlike tones of the originals.

With his essay on Reve, called ‘Amsterdam Blues’, Philip Huff is among the few Dutch writers published in the renowned NYRB. Huff has been living in Manhattan since 2015 and has written for Harper’s Bazaar and Vogue. In 2017, he edited Penguin’s literary magazine Five Dials’ special issue on new Dutch literature, with contributions by young writers such as Lynn Berger, Nina Polak, Mustafa Stitou and Thomas Heerma van Voss. 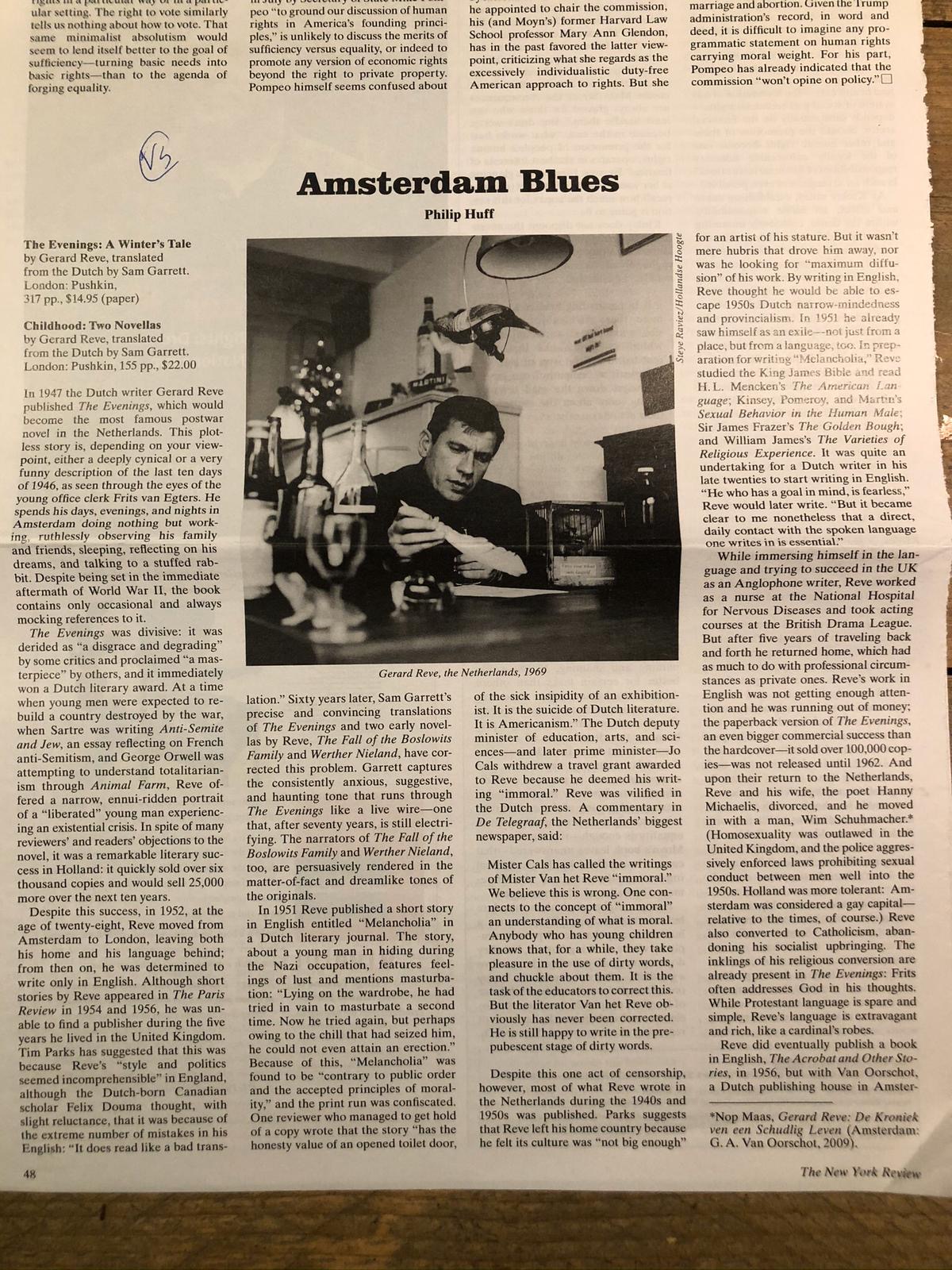