From 15 November to 15 December the Flemish poet and visual artist Lies Van Gasse will be living and working in Amsterdam at the invitation of the Dutch Foundation for Literature. Her latest poetry collection, Wassende stad, was published in 2017 by Wereldbibliotheek. During her residency, Lies Van Gasse will work on a new collection of poems and a first novel.

Lies Van Gasse (Sint-Niklaas, 1983) is a poet, visual artist and teacher. She made her debut in 2008 at publishing house Wereldbibliotheek publishers with the collection Hetzelfde gedicht steeds weer . Since then she has been one of the most active young voices in Flemish poetry. Her second collection, Brak de waterdrager, was awarded the Literature Prize from the Province of East Flanders and for her third collection Wenteling she was nominated for the Pernath Prize. In her work Van Gasse likes to look for mixed forms of text and image, which resulted in Sylvia and Waterdicht, two graphic poems that she made together with Peter Theunynck. These drawings were shown at Watou 2011. In 2013, the book Hauser was published, a multimedia epic that she worked on together with Annemarie Estor. In 2016 she was awarded the Dirk Martens Prize for her work. 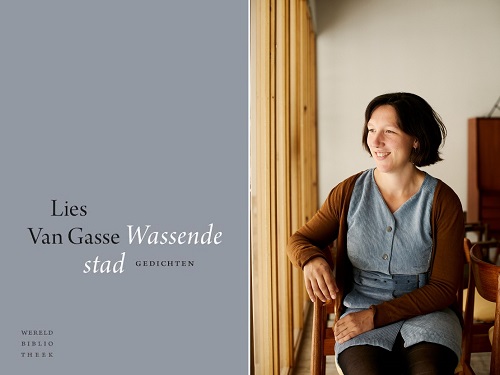 While writing her last collection, Van Gasse became interested in knowledge and information about very small life forms. That is why, during her stay in Amsterdam, she wants to delve deeper into the life of bacteria, plankton and small insects to explore their poetic potential. In addition, she wants to do more research into the relation between image and language, and the theme of the individual versus the masse. The residency takes place as part of the annual exchange with international literature house Passa Porta in Brussels.