Erika Fatland as WiR in Amsterdam

In September the Norwegian writer Erika Fatland (1983) will be writer in residence in our residency in Amsterdam. On September 10 the Dutch translation (by Maud Jenje) of her non-fiction book The Border will be published by De Geus. In the book Erika Fatland describes her journey along the seemingly endless Russian border – from North Korea in the Far East through Russia’s bordering states in Asia and the Caucasus, crossing the Caspian Ocean and the Black Sea along the route. During her residency in Amsterdam, she will be working on a book about the Himalayas, which will be published in Norway in the fall of 2020.

Previous books include The Village of Angels (Englebyen, 2011), about Fatland’s anthropological research in the Caucasus region. The book was nominated for the Norwegian Brage-prize. In Året uten sommer (The Year without Summer, 2012) she researched the massacres in Oslo and Utøya, and in Sovietistan (2017) she traveled through the heart of Central Asia to investigate what is left of the Soviet influence in Kazakhstan, Kyrgyzstan, Tajikistan, Turkmenistan and Uzbekistan, after more than a quarter of a century of independency. 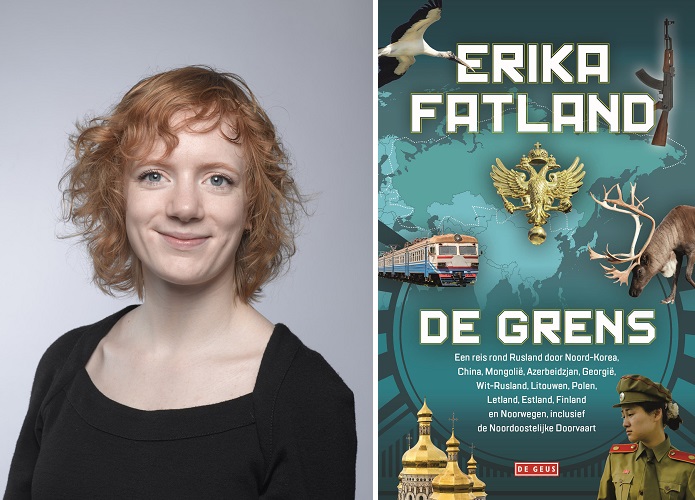 Erika Fatland (1983) is a Norwegian author and social anthropologist. She has lived and travelled abroad extensively and speaks English, French, Russian, German, Italian and Spanish. Fatland has worked as a freelance journalist for a number of Norwegian journals and publications. Fatland’s debut as an author came in 2009 with the children’s book, The Parent War. In 2015, she won the Norwegian Booksellers’ Non-Fiction Prize and was named one of the ten best Norwegian authors under 35 by weekly magazine Morgenbladet. In 2016, she was selected by Literary Europe Live as one of the 10 New Voices from Europe.