Two young Dutch authors have been awarded the ANV Debutantenprijs, a prize for the best debut novel in the last year. Mirthe van Doornik was named winner by the readers jury with her novel Other People’s Mothers, Marieke Lucas Rijneveld was awarded by the professional jury with her novel The Discomfort of the Evening.

Rijneveld convinced the professional jury with her "penetrating description of the atrocities that followed the death of Matthies." The readers' jury was enthusiastic by Van Doornik's "smoothly written story, in which the writer dares to tackle difficult themes with a certain lightness." Both winners received a prize of € 3,000, on top of that each nominee received an amount of € 1,000.

Marieke Lucas Rijneveld (b. 1991) made her debut as a poet in 2015 with the collection Kalfsvlies (Calf’s Caul), awarded the C. Buddingh’ Prize for the best poetry debut, and reprinted several times. She won the Hollands Maandblad Incentive Bursary 2014/2015 and the C.C.S. Crone Stipendium 2015. She received a starter grant in 2016 from the Dutch Foundation for Literature to write her second book. De Volkskrant proclaimed her the literary talent of 2016. Her second book was her first novel, The Discomfort of the Evening, of which the translation rights have been sold to six countries. In this fine debut novel, Marieke Lucas Rijneveld forces us to look at exactly what is seen, felt and tasted, not from a distancing helicopter perspective, but from close up, breathtakingly close up. The Discomfort of the Evening takes the reader into an oppressive and repulsive world where detail is what matters.

In 2016 Mirthe van Doornik (b. 1982) won the Scheltema Writers’ Academy winning talent award and the jury prize in the NPO writer’s competition for her short story 'Stars Above Munich'. Her debut novel Other People's Mothers was published in April 2018. In Other People’s Mothers, she tells the story of two sisters, Kine and Nico, left to fend for themselves by their mother and their absent father. Van Doornik’s gripping debut spans the period from 1997 to 2014, with a narrative perspective that alternates between the two girls. At the Frankfurt Book Fair in October 2018 there was a lot of international interest in her book. In May of this year she presented the book in Germany at the Ars Baltica European Festival of the First Novel, together with her (former) editor Leon Doedens. 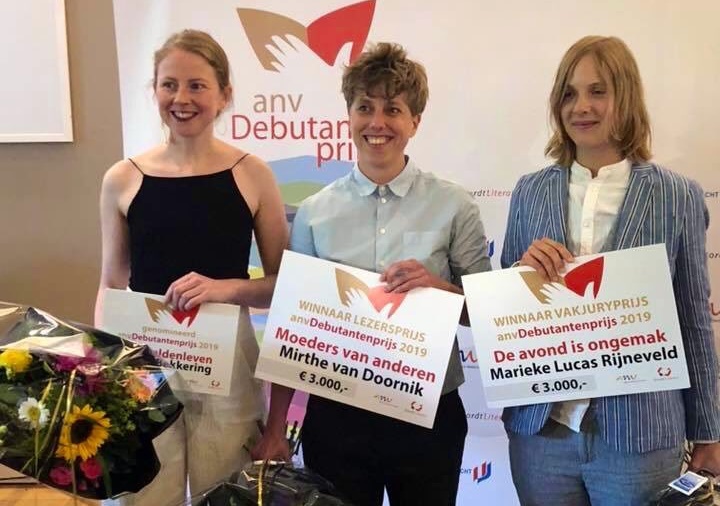