Tommy Wieringa is one of the ‘Man Booker Dozen’ – the longlist of thirteen novels that are in contention for the Man Booker International Prize 2019 – with his novel The Death of Murat Idrissi, translated by Sam Garrett (Scribe). The Man Booker International Prize celebrates the best works of translated fiction from around the world and consists of £50,000, to be split equally between the author and the translator. 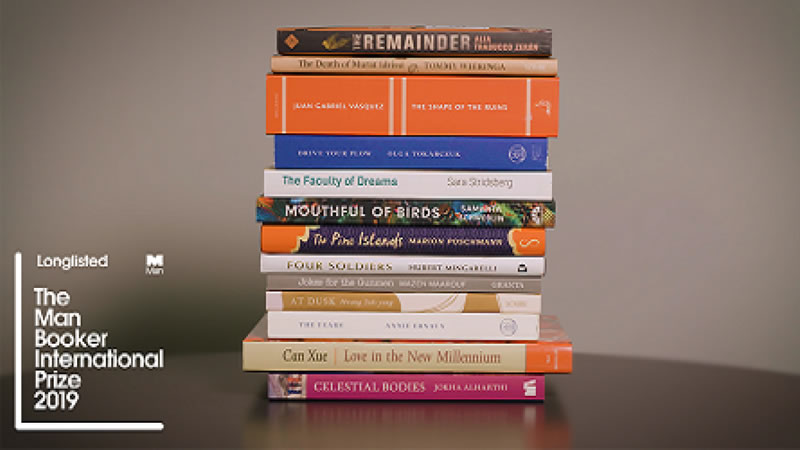 The Death of Murat Idrissi

In the hold of the ferry from Tangier to Algeciras, hidden in a car boot, a young man dies. Soon afterwards, two young Moroccan-Dutch women enter Spain with the dead stowaway in their car. In 2004 Tommy Wieringa attended a court case where he took down the account which forms the basis for The Death of Murat Idrissi. Hundreds of anonymous corpses are found every year along the Spanish motorways, belonging to those who have failed to survive the journey over. The Death of Murat Idrissi describes the fate of one of them, as well as that of two daughters of migrants, who feel like foreigners, both in their parents’ home country and in the Netherlands.

Brilliantly well paced and edgy, the book is translated with characteristic astuteness by Sam Garrett

Tommy Wieringa (b. 1967) is the author of the bestselling novels Joe Speedboat (2005), his staggeringly successful breakthrough novel which went on to sell 300,000 copies (F. Bordewijk Prize 2006); Caesarion (Little Caesar, shortlisted for the IMPAC Literary Award 2013) and Dit zijn de namen (These Are the Names, 2012). These Are the Names earned him the Libris Literature Prize, the Golden Owl Reader Prize and De Inktaap young readers’ award, and was shortlisted for the Premio Strega Europeo and the Gregor von Rezzori Prize. Wieringa’s work has been translated into languages as disparate as French, Hebrew and Korean and published in over fifteen countries, to national and international critical acclaim.

The gifted Dutch writer Tommy Wieringa is a bold, intelligent stylist, unafraid of exposing the ugliness of society juxtaposed with the vagaries of human nature.

The prize is awarded every year for a single book, which is translated into English and published in the UK and Ireland. Both novels and short-story collections are eligible. The judges considered 108 books for this year's prize. The longlist was selected by a panel of five judges, chaired by Bettany Hughes, award-winning historian, author and broadcaster, and is made up of writer, translator and chair of English PEN Maureen Freely; philosopher Professor Angie Hobbs; novelist and satirist Elnathan John and essayist and novelist Pankaj Mishra. The shortlist of six books will be announced on 9 April at an event at Somerset House in London, and the winner of the 2019 prize will be announced on 21 May at a dinner at the Roundhouse in London.