From 20 to 24 March Mischa Andriessen will be in Croatia, to perform at the Goran Poetry Festival in Zagreb, the oldest and most important poetry festival of Croatia.

Mischa Andriessen (1970) is a poet, writer and critic. He made his debut in 2008 with the poetry collection Uitzien met D (Facing with D, published by De Bezige Bij), for which he was awarded the C. Buddigh'prize in 2009. His second collection Huisverraad (House treason) was awarded the J.C. Bloem Poetry Prize 2013. His most recent collection of poems Dwalmgasten (Vagrance) was published in 2016.

He combines openness of interpretation with stylistic restraint to great effect. Andriessen prefers short, sketchy poems in clear language, sometimes bordering on the colloquial. But his communicative sentences are deceptive: the links between lines are often obscure or ambiguous, forcing readers of his poetry to tap into their own imaginations to plug the gaps. Poetry International Web 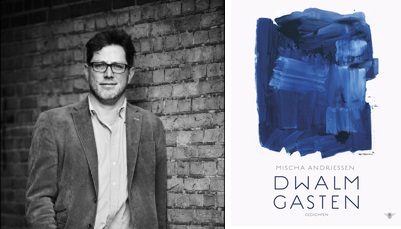