From 20 to 24 March Simon van der Geest and Stefan Hertmans will participate in the festival Le Printemps du Livre in Grenoble, where they will speak about their most recent into French translated books Spinder (Van der Geest, La Joie de Lire) and Le coeur converti (The Convert, Hertmans, published by Gallimard).

Stefan Hertmans (b. 1951) has made a name as a poet and essayist, but he has also written extraordinary travelogues and a theatre play. In addition, his novels and collections of short stories have been consistently praised by the critics. The quality of his work has been recognized with awards in the Netherlands and in Flanders. In 2002, his most important essays to date were collected in the Het putje van Milete (The Well of Miletus) and in 2008 he received the five-yearly essay prize of the Royal Academy for Netherlands Language and Literature for Het zwijgen van de tragedie (The Silence of the Tragedy). His novels Naar Merelbeke (To Merelbeke, 1994), Als op de eerste dag (Like the First Day, 2001) and Harder dan sneeuw (Harder than Snow, 2004), each elaborated in a very personal way, primarily cover themes such as memories of youth and the relationship between imagination and reality. 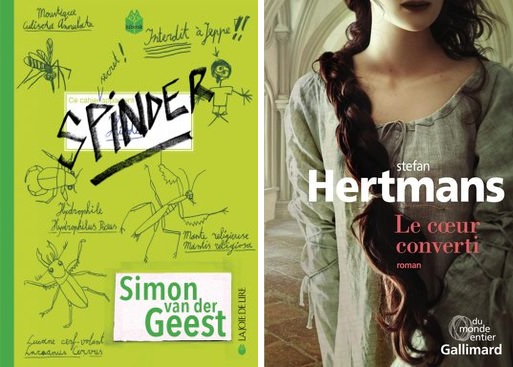