Kader Abdolah on tour in Italy

From 14 to 22 March Kader Abdollah will be touring Italy to promote his novel Salam Europa!, translated into Italian by Elisabetta Svaluto Moreolo and published by Iperborea as Uno Scià alla corte d’Europa. In the first six months after publication in Italy, it already sold 6.000 copies, received laudatory reviews and it is Iperborea’s second best selling title of this year.

On Friday 15 March, Abdolah starts his tour at the Libri Come literary festival in the Auditorium in Rome, after which he will travel to Milan where he will be interviewed by Gabriela Grasso at festival BookPride. From Milan he will travel to Padua where he will meet students from the University of Padua and perform at bookstore La Forma del Libro. His final destination is Trieste, where he and his translator Elisabetta Svaluto Moreolo will participate in a translation workshop for students of translation studies, a meeting with Dutch students at the University of Trieste and a performance at bookstore Caffè San Marco. 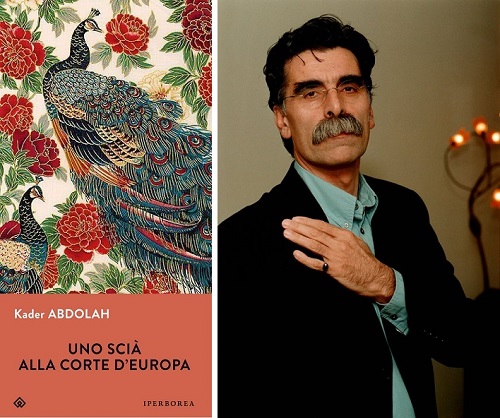