Antjie Krog as WiR in Amsterdam

South African poet and author Antjie Krog will be living and working in Amsterdam from 21 January to 20 February, at the invitation of the Dutch Foundation for Literature. As well as being a writer worthy of the Nobel Prize for literature, Krog is a consummate literary performer. During her stay she will give a series of performances in the Netherlands and Belgium, including appearances during Poetry Week.

Antjie Krog (b. 1952) made her debut at the age of eighteen with the poetry collection Dogter van Jefta (Jephthah’s daughter). She has since become one of South Africa’s foremost poets. Her poetry is personal, sensual and politically engaged. She writes about motherhood and growing older, but also about her deep connection with her country and its struggle with inequality and racism. Her work has been translated into English, Dutch, French and Spanish.

As well as poetry, Krog writes novels, non-fiction and works for the stage. For Country of My Skull, in which she reported on her work for the Truth and Reconciliation Commission, she won prizes including the Alan Paton Award. Last year an anthology of her non-fiction was published by Podium with the title Hoe alles hier verandert (How everything here changes), translated into Dutch by Robert Dorsman. 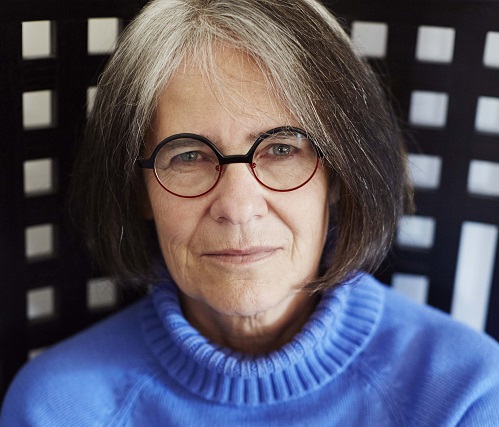 Krog’s work has won her many awards. In 2000 she received the Prize for Peace and Culture from the Hiroshima Foundation, and last year the major Dutch oeuvre prize the Gouden Ganzenveer (Golden Quill). At the end of February she will be presented with the prestigious 2019 Arts and Culture Trust Lifetime Achievement Award in Literature. She is an associate professor at the University of the Western Cape.

Krog will spend some of her time in Amsterdam working on a series of poems about the Fees Must Fall protests by South African students in 2015 and 2016. She will also work on her translation into Afrikaans of Tom Lanoye’s adaptation of Shakespeare’s King Lear as a contemporary tragedy called Queen Lear.

During her residence, Antjie Krog will take to the stage seven times, including for the opening of Poetry Week, which this year takes Freedom as its theme, on Thursday 31 January in Antwerp. On Wednesday 23 January she will give the Academy of the Arts lecture in Amsterdam, in which she will describe the beauty and power of native languages, talk about her recent research into eight writers from South Africa and recite their work for the first time. For the programme Sign of the Times, Krog has written a story about anger and forgiveness, which she will read on Monday 18 February in Amsterdam. Below is a list of all her English spoken appearances.

Each year, the Society of Arts invites a different guest speaker to reflect on a socially relevant topic related to the arts. In this year’s lecture, entitled Siswana-sibomvana: Indigenous Texts, Rich Points and Pluriversal Sources of Beauty, writer and poet Antjie Krog will talk about her recent research into eight African writers who write in indigenous languages. She will read from their work for the first time in public in both in their original languages isiXhosa, isiZulu, Sesotho and Sepedi and in translation, revealing their beauty and the powerful worldview that emanates from all these texts. More information

Antjie Krog is guest of honour at the announcement of the new city poet of Groningen. Krog will read her work in several languages, with translations being simultaneously projected, and she will be interviewed in English by Professor of South African literature Margriet van der Waal.
More information (in Dutch) slaggroningen.nl

Monday 18 februari, 20.00: Sign of the Times: Between Anger and Forgiveness, at the International Theater Amsterdam

In the series Sign of the Times, International Theater Amsterdam and De Balie examine the most important societal themes of today. The central theme in this second series is anger. Why has anger taken such a central place in our world? Especially for this programme, Antjie Krog wrote a story about anger, guilt, revenge and forgiveness in contemporary South Africa.
More information (in Dutch): De Balie

A complete overview (in Dutch) of her performances, both English and Dutch spoken, can be found here.

In 2006 the Amsterdam Writer’s Residency opened its doors. The project was initiated by the Dutch Foundation for Literature. The foundation provides foreign writers with a residency in the historic and literary heart of Amsterdam. Dozens of writers from all over the world have been inspired by this place during their stay. John Green wrote his multiple award-winning The Fault in our Stars in the residency, the young Israeli author Nir Baram his highly praised novel World Shadow, and the South African author Etienne van Heerden 30 nights in Amsterdam. Read more about the residency and its residents: www.letterenfonds.nl/en/residency-for-writers-in-amsterdam.