From January until July 2019, Syrian poet Ghayath Almadhoun (Damascus, 1979) will stay at the Netherlands Institute for Advanced Study (NIAS) in Amsterdam as writer in residence. During his stay he will be working on his fifth book of poetry in Arabic, an extensive text of life, love in the wartime, memories that became home, and the exile as background of the new wave of literature.

Ghayath Almadhoun is a Palestinian poet born in Damascus in 1979. He has lived in Stockholm since 2008. Almadhoun has published four collections of poetry, the latest Adrenaline in Milano 2017. In Sweden he has been translated and published in two collections: Asylansökan (Ersatz, 2010), which was awarded the Klas de Vylders stipendiefond for immigrant writers. 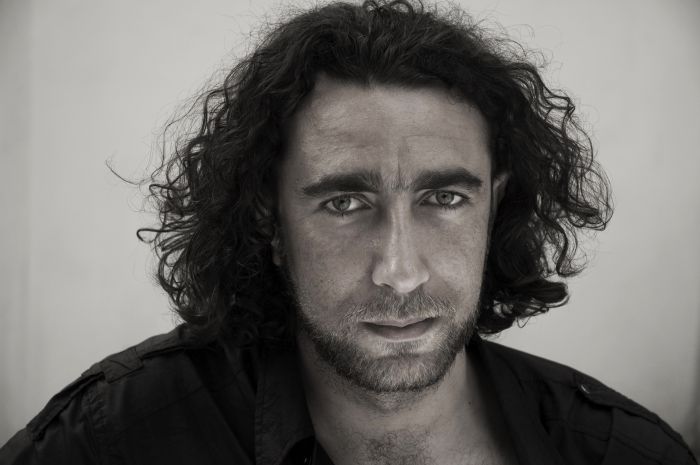 He also authored Till Damaskus (Albert Bonniers Förlag, 2014) together with the Swedish poet Marie Silkeberg. which was included in Dagens Nyheter (the largest Swedish newspaper) literary critic list for Best New Books and converted to a Radio Play for Swedish National Radio. With Silkeberg, Almadhoun has also made several poetry films. His work has been translated into Swedish, German, Greek, Slovenian, Italian, English, Dutch, French, Danish, Spanish, Czech, Croatian, Albanian and Chinese. The Dutch translation of Almadhoun's poems, Weg van Damascus, (Uitgeverij Jurgen Maas) Amsterdam 2014, was one of the top 10 selling poetry books in Belgium for several weeks in 2015 & 2017.

Ghayath Almadhoun about his NIAS project: "Digging inside the exile to find the roots of my dream. A Palestinian without a homeland, find himself again forced to be away from the Palestinian refugee camp in Syria. Now the dream become a complex dream, I’m dreaming to go back to Syria so I can dream to go back to Palestine. My new project is to let my poems see the paradox of the new life through the diaspora morals, the relation with the other who became you, and you who began to be the other, when you began to understand that you are not Syrian anymore, and you will never be the 100% European, you are in a parallel live, this is your new home, the parallel."

The writer-in-residence programme offers fiction and non-fiction writers from the Netherlands and abroad an opportunity to work for an extended period within an international academic community. The residency is a collaboration between NIAS and the Dutch Foundation for Literature.