Marga Minco (b. 1920) has been awarded the P.C. Hooft Prize 2019, one of the most prestigious Dutch literary awards, for her prose. The jury praised her as the author of a modest and intensely powerful body of work. ‘Without psychologizing, without resorting to pathos or pretention, she enables us to understand and fully engage with an inconceivable reality.’

In 1957 Minco made her debut as a writer with Het bittere kruid (Bitter Herbs), the laconic and devastating story of a young girl who escapes through a back door when her family is arrested during World War II, and ultimately discovers that she has lost everyone close to her. The book was a great success at home and abroad, with over 400,000 copies sold in the Netherlands alone; it has been translated into 15 languages and is considered a European classic on World War II. 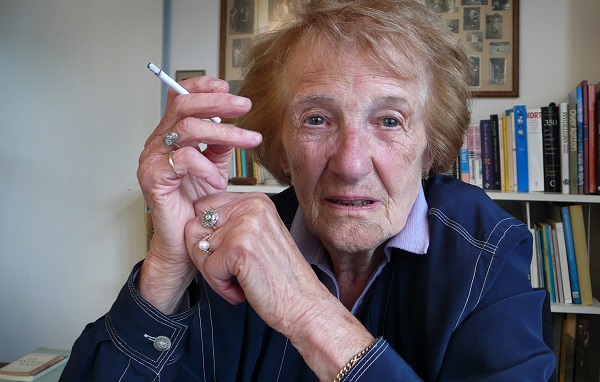 New work followed at irregular intervals: De andere kant (The Other Side, 1959), Een leeg huis (An Empty House, 1966), De val (The Fall, 1983) and De glazen brug (The Glass Bridge, 1986); all titles have been translated into several languages. In 2004, she published Storing (Interference), a collection of stories. The following year, Marga Minco was awarded the prestigious Constantijn Huygens Prize for her entire oeuvre.

According to the jury of the P.C. Hooft Prize,

'the novels and stories of Marga Minco shape existential experiences such as fear, guilt, loneliness and a deep but barely expressible desire for security. Without psychologizing, without pathos or pretension, she makes an inscrutable reality palpable and imaginable.'

The P.C. Hooft Prize is one of the most important oeuvre prizes for Dutch-speaking authors and is awarded annually. The prize, worth €60,000, is awarded alternately to prose, poetry and essay writers. Given the age (98) and health of Minco, the prize will be presented at her home in January.