Pieter Waterdrinker has won the Tzum prize for the best sentence from a book published in 2017. Waterdrinker wins a trophy and 95 euros, as many euros as words in the sentence, for a sentence published in his novel Tsjaikovskistraat 40. The English translation rights were sold to Scribe this summer. The Long Song of Tchaikovsky Street: a century of revolution in St Petersburg will be published in 2020 in England, Australia and New Zealand.

The jury praises the ingenious construction of the sentence and the substantive climax in which it ends. “The sentence is a beautiful reflection of the beautiful novel that Waterdrinker wrote, an ode to Saint Petersburg, the city he slowly started to love and where he literally found his great love”, according to the jury. 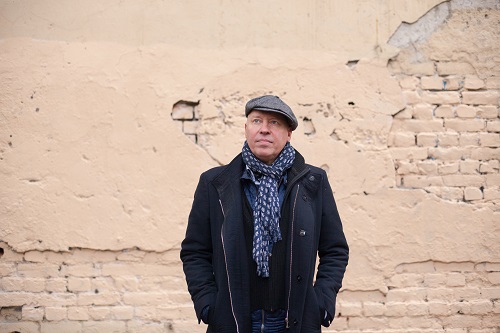 Pieter Waterdrinker (b. 1961) lives by turns in Moscow and Saint Petersburg. He has unparalleled knowledge of modern Russia, and his habitat always plays a principal role in his work. In 1998, he made his debut with the novel Danslessen (‘Dancing Lessons’) which received immediate acclaim. This was followed by the novels Liebmans ring and Een Hollandse romance (‘A Dutch Romance’) and the collection of short stories entitled Montagne Russe. His major breakthrough came with the novel Duitse bruiloft (The German Wedding) which was translated into English, German and Russian, and was nominated for the Gerard Walschap Prize and will be made into a movie. The international film rights were also recently sold. His penultimate novel De dood van Mila Burger (The Death of Mila Burger) is being adapted as a Russian opera.