Marieke Lucas Rijneveld’s debut novel De avond is ongemak (The Discomfort of the Evening) was a huge success in the Netherlands, going straight into the bestseller lists, even before the booksellers’ panel of television’s De Wereld Draait Door made it its book of the month. More than 40,000 copies were sold within a few months in the Netherlands, and, internationally, rights were rapidly sold to Suhrkamp in Germany and Faber & Faber in Britain and America. In Italy the book will be published by Nutrimenti, and a Korean translation is in preparation for Gimm-Young Publishers.

In Rijneveld’s poetic novel the central character Jas describes the disintegration of her religious farming family after her older brother is drowned while out skating. Her father retreats further into silence, her mother eats less and less, and Jas herself suffers from constipation. Reviewers have praised Rijneveld’s metaphors and her skill in rendering the family’s grief so tangibly.

The book was written with the support of The Dutch Foundation for Literature, awarding the author with a starter’s grant and including The Discomfort of the Evening in its 10 Books from Holland brochure as well as contributing to the translation costs of an English-language excerpt. The market for international, non-English-language fiction is still difficult and it is hard to estimate beforehand the chances of a typically Dutch novel being published abroad. Might the book be too Dutch? Is it too emphatically physical, too gloomy, too Calvinist? In the case of The Discomfort of the Evening, these considerations do not seem to have had a negative effect, since rarely has a debut novel sold so quickly in important language areas.

In April, shortly after the London Book Fair, rights went to two prestigious publishing houses, Suhrkamp in Germany and Faber & Faber in Britain and America. Suhrkamp has often published Dutch literature, including work by Cees Nooteboom, A.F.Th van der Heijden, Gerbrand Bakker and Niña Weijers. Rather less to be expected was the acquisition by Faber & Faber, which last published a Dutch novel in 2001 (On the Water by Hans Maarten van den Brink).

In May Barbara den Ouden went to the book fair in Turin, where she heard that no fewer than three readers’ reports had described The Discomfort of the Evening as ‘too Dutch, too dark’. Fortunately the rights manager at Nutrimenti was not deterred (‘My boss is interested in young female poets who are writing sad books’), and a few weeks later it bought the Italian rights. Nutrimenti is the publisher of works by Slauerhoff, Ilja Leonard Pfeijffer and Tom Lanoye among others. A Korean translation is also in preparation for Gimm-Young Publishers, which publishes Yuval Harari, Richard Dawkins, Malcolm Gladwell and Ernest van der Kwast. So there does seem to be an international market for ‘too Dutch, too dark’. 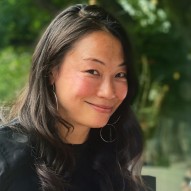