A special edition edited by David Colmer has been published in print by The Enchanting Verses Literary Review.

Following the publication of this edition online, three Dutch poets Erik Lindner, Mustafa Stitou and Kira Wuck have been invited to Indian literary festivals. Erik Lindner read his poem in Dutch and in English translation at the Poetry with Prakriti festival hosted by the Prakriti Foundation, Chennai in December 2017 while Mustafa Stitou and Kira Wuck participated in panel discussions and read their poems at the Odisha Art & Literature Festival in February 2018.

The publisher and curator of this Dutch connection to India, Sonnet Mondal is an Indian poet writing in English has read at literary festivals in Struga, Macedonia; Cork, Ireland; Istanbul, Turkey; Granada, Nicaragua; Galle, Sri Lanka; Budapest, Hungary; Berlin, Germany; Bratislava, Slovakia and in many festivals throughout India. Sonnet was one of the authors of Silk Routes Project, IWP, University of IOWA and his works have appeared in numerous publications across North America, Asia, Europe and Australia*. Sonnet Mondal edits the Indian section of Lyrikline Poetry Archive, Haus für Poesie, Berlin, was one of the guest editors of Poetry at Sangam, India in 2017 and currently serves as the chief editor of the Enchanting Verses Literary Review. On 15th August 2015 his literary endeavours were featured in the Kuwait Times - Indian Special edition. Sonnet has been in focus multiple times in the Bulletin of Ministry of External Affairs, Macedonia for contributing to international cultural exchange with Macedonia since 2011. Mondal was a part of the Indian cultural delegation to the Ars Poetica International Festival, Slovakia in November 2016 and read at the 2017 edition of the Cork International Poetry festival, Ireland. A 2018 Writer in Residence at the Sierra Neveda College’s MFA in Creative Writing program, Mondal represented India at the 10th year anniversary edition of the International Istanbul Poetry and Literature Festival and conducted poetry workshops at the 2018 Galle Literary Festival, Sri Lanka in January 2018. 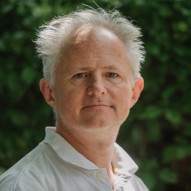