On Tuesday 5 December, Ernest van der Kwast will interview American author Colson Whitehead on his latest novel The Underground Railroad, which has been awarded the National Book Award and the Pulitzer Prize for Fiction 2017. The live talkshow will be conducted in English.

The interview (in English) will take place in Arminius Rotterdam and starts 20:00.

The novel has been translated into Dutch by Harm Damsma and Niek Miedema, winners of the Translation Prize of the Dutch Foundation for Literature 2016, and published by Atlas Contact as De ondergrondse spoorweg earlier this year.

Literary programme Boek & Meester has received a grant from the Dutch Foundation for Literature. In December, the seventh and last edition of 2017 takes place. 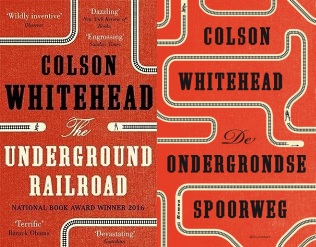