Guest of honour in Germany

Follow-up to Flanders and the Netherlands

‘This Is What We Share. Flanders and the Netherlands, guest of honour at the Frankfurt Book Fair’ is to have a sequel. Several dozen Dutch and Flemish authors will be making appearances in cities across Germany in the coming months, from the International Literature Festival Berlin via Leipzig and Munich to the Harbourfront Festival in Hamburg.

At last year’s Frankfurt Book Fair, ‘This Is What We Share’ prompted a storm of interest in literature of all genres from the Netherlands and Flanders. The numbers speak volumes. In the run-up to the 2016 Book Fair more than 314 new German literary translations were published, more than 1,000 events and readings took place, with the participation of around 200 Dutch and Flemish authors, and more than 7,000 articles appeared in the German media, online alone.

It has not stopped since. In 2017 more than 140 literary titles have appeared or will appear in German translation, whether by established names or by promising new voices. As a further follow-up, this autumn and in 2018 the Dutch Foundation for Literature and Flanders Literature are organizing a series of appearances by Dutch and Flemish authors, in cities including Berlin, Potsdam, Leipzig, Munich and Hamburg. 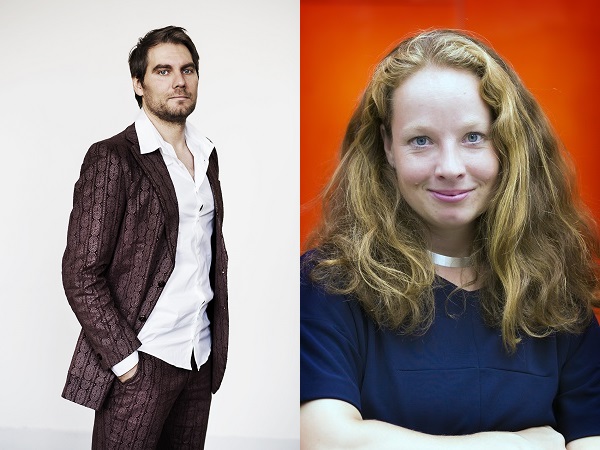 Auke Hulst and Wytske Versteeg kick off on Saturday 16 September, on the eve of the German elections, at the prestigious International Literature Festival Berlin (ILB). In the Haus der Berliner Festspiele they will discuss the collection Als dit zo doorgaat (If It Goes On Like This) with German writer Kristine Bilkau. Four of the book’s ‘succinct stories about the world that awaits us’, those by Walter van den Berg and Gustaaf Peek as well as those by Hulst and Versteeg, have been translated into German specially for the festival. Also on the programme at the ILB, held from 6 to 16 September, are Lize Spit, Geert Mak, Anna Woltz en Jean-Paul Schutten.

In November ten authors will appear at the festival Stadt Land Buch in Berlin, Potsdam and the surrounding area. Among the authors stepping into the limelight during this ‘regional book week’ are Stefan Hertmans, Margriet de Moor, Jan Brokken, Niña Weijers, Michael Bijnens, Fikry El Azzouzi, Griet Op de Beeck, Gerbrand Bakker and Barbara Stok. Through the Exchange Association of the German Book Trade, local bookshops will also have a chance to organize appearances by these writers. For 2018 events are planned in Leipzig (including the Leipzig Book Fair in March), Munich (White Raven festival in May) and Hamburg (Harbourfront Festival in September and October). And of course Flanders Literature and the Dutch Foundation for Literature will be present together (stand 5.0 C 86) at the upcoming Frankfurt Book Fair that will take place from 11 to 15 October.