This year marks the 70th anniversary of the first publication of Anne Frank’s diary. Her story was the inspiration for Amsterdam City of Refuge, which offers a safe haven to persecuted writers and which is hosted by the Dutch Foundation for Literature in the former house of the Frank-family, where Anne Frank started her diary before they went into hiding. Deutsche Welle’s Fred Muvunyi talks with poet Lety Elvir and the Foundation’s managing director Tiziano Perez about the City of Refuge-project.

Lety Elvir recently lived for more than a year in the City of Refuge-appartment in Amsterdam; she had to leave her home country, Honduras, because of her criticism of the government. In 2016 she received the International Latino Book Award 2016 for the bi-lingual anthology Women’s Poems of Protest and Resistance, Honduras (2009–2014), published by Casasola Editores and translated into English by Maria Roof.

Amsterdam City of Refuge offers, on the initiative of the City of Amsterdam and in collaboration with the Dutch Foundation for Literature, accommodation for a period of one year to a writer, poet or journalist who is prosecuted or threatened in his or her country for his writings or is hampered in his writing.

To listen to the English-spoken interview with Lety Elvir and Tiziano Perez on Amsterdam City of Refuge, please choose desktop or mobile. 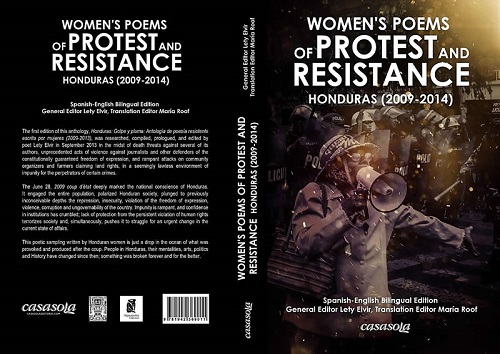