Three French writers will be staying in the Netherlands as writer in residence this autumn, at the invitation of the Dutch Foundation for Literature: Julia Deck, Atiq Rahimi and Olivier Rolin. Work by all three had been translated into Dutch. At a Sunday morning reading in Athenaeum Boekhandel in Amsterdam, led by Margot Dijkgraaf, the authors will give further insights into their work. The three French residencies will take place as part of an intensive campaign by the Foundation over the coming two years to increase interest in Dutch-language literature in France. Last week minister Bussemaker gave the starting shot for the campaign during ‘Le Boekenbal’. 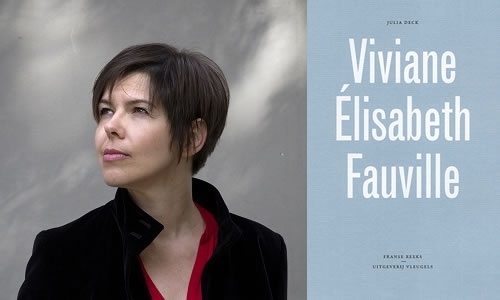 Julia Deck (b. 1974) will be living and working in Amsterdam in August. She studied literature at the Sorbonne and worked in the press and publishing world. Deck made her debut in 2012 with the novel Viviane Élisabeth Fauville, published by Éditions de Minuit. The book was well received in France and the Dutch translation with the same title (by Lidewij van den Berg and Katrien Vandenberghe for Uitgeverij Vleugels) has been nominated for the European Literature Prize 2017. It is a razor-sharp, highly intriguing novelistic debut that makes readers feel in their bones the confusion of the forty-two-year-old protagonist, who has just given birth. It was followed in 2014 by Le Triangle d’hiver. Deck’s third novel, Sigma, will be published this summer. 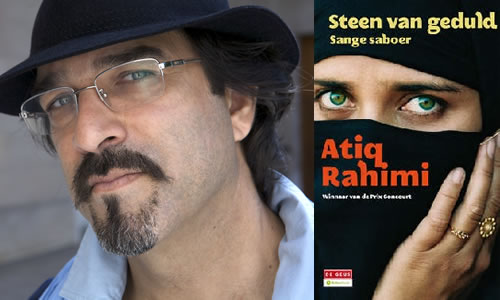 Atiq Rahimi was born in Kabul in 1962. In 1984 he fled the Soviet-Afghan War and lived for a year in Pakistan. He was then granted political asylum in France. Rahimi studied audiovisual communications at the Sorbonne in Paris and worked as a filmmaker, documentary maker and author. In 2008 he won the Prix Goncourt for his novel Syngué Sabour. Pierre de patience. The Dutch translation by Kiki Coumans, Steen van geduld, was published by De Geus. Rahimi’s next novel is partly set in Amsterdam and his period as writer in residence will give Rahimi a chance to do some research. He will be living in Amsterdam from 4 September to 13 October 2017. 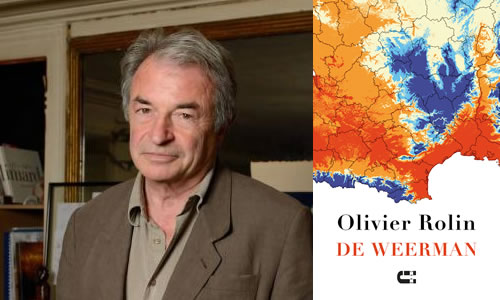 Olivier Rolin (b. 1947) is among the most versatile of contemporary French authors. As well as novels he has written travel stories and essays, and he has won several literary prizes. Le météorologue, translated into Dutch by Katelijne De Vuyst as De weerman, won him the Prix du Style in 2014 for the ‘magnificence, ambition, and distinctive literary master-craftsmanship’ of his portrait of a Soviet meteorologist. Publishing house IJzer has also published Rolin’s Crystal, De leeuwenjager en Manet, and De uitvinding van de wereld. Rolin will live and work in Amsterdam in October and November.

On the morning of Sunday 27 August, Julia Deck will be interviewed by Margot Dijkgraaf in Athenaeum Boekhandel. For seats please apply to the bookshop. Here is an excerpt of Deck’s debut novel and here is a talk by the translators about the book. The interviews with Rahimi and Rolin are expected to take place on Sunday 1 October and Sunday 19 November 2017. The Sunday readings of French literature have been organized in collaboration with the French language school L’école de français.

The French authors’ stays as writers in residence are in line with plans by the Dutch Foundation for Literature to focus in particular on France and the French market over the coming two years, under the title Les Phares du Nord. By means of this concentrated campaign, the Foundation aims to bring about more translations into French of Dutch-language literature and to see Dutch and Flemish authors taking part in literature festivals in France. By inviting these three French authors, the Dutch Foundation for Literature is facilitating literary exchange between the French and Dutch language areas. For more information please see Les Phares du Nord.