A good reception for Voskuil

Following years of effort by translator Gerd Busse, the first volume of Het Bureau has recently been published in German by C.H. Beck. This event has not gone unnoticed. The first discussions of the book have already appeared in Germany, and it seems to have been well received not only by the media, but also by readers.

The reactions have mostly been very positive. Mention has been made of the “grandiose Einsichten” (“superb insights”) offered by Das Büro (Elmar Krekeler: Die Welt, 30 July 2012) and the “Suchtpotential” (“addictive effect”, Gabriele Weingartner: Die Rheinpfalz, 21 July 2012) exerted on the reader. One reviewer even referred to the book as a “Ziegelstein voller Weisheit” (“a brick full of wisdom”, Marion Meier: Aachener Zeitung, 18 August 2012.). This is a very promising start indeed, which will hopefully lead to the publication of the remaining six volumes in Germany. Other countries may well follow. China has certainly expressed great interest in Het Bureau, which fulfils two requirements: lengthy novels, and stories about life in the workplace. 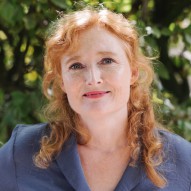