Nell Zink as WiR in Amsterdam

In December 2017 and January 2018 American author Nell Zink will be working and living as a writer-in-residence in Amsterdam, upon invitation by the Dutch Foundation of Literature.

Nell Zink (1964) grew up in Virginia. Currently she lives in Bad Belzig, near Berlin, where she worked as a translator until she was discovered by bestselling author Jonathan Franzen. She broke through in the United States and England with her first novel The Wallcreeper. In 2015 it was followed by the National Book Award nominee Mislaid. Fall 2016 her most recent work, Nicotine, was published.

In the Netherlands Zink’s first novel was published October 2015 as De rotskruiper at publishing house Ambo|Anthos. It was translated by Gerda Baardman, just like the second novel, Misplaatst, and the recent novel Nicotine, which was published this fall. 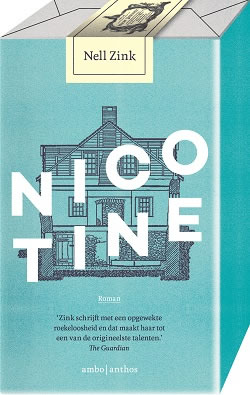