Victor Schiferli was in New York to speak about Flanders and the Netherlands as joint Guests of Honor at the Frankfurt Book Fair. He also spoke to editors and publishers about all that the Dutch-language literature has to offer. They showed great interest.

The Frankfurt Book Fair is an organization that’s not only based in Frankfurt. It has other offices abroad, which organize activities and events around the world—in Beijing, Moscow, New Delhi and New York. In New York it has the German Book Office, which does the same work as the Dutch Foundation for Literature—the promotion of its literature—but in situ.

The Dutch Foundation for Literature has a close working relationship with the German Book Office in New York, and together with the Flemish Literature Fund we were invited to give a presentation to American publishers and editors. On 22 September, Michiel Scharpé and I were in New York to give the U.S. publishing industry a foretaste of what’s happening in Frankfurt less than two weeks from now: Flanders and the Netherlands are joint Guests of Honor at the Book Fair.

It was a successful gathering: a throng of publishers, editors, scouts, agents and a few translators joined us at Flanders House, the magnificent offices of the Flanders Consulate, high on the 44th floor of the New York Times Building. We explained that the Netherlands and Flanders share not only a language but also a literature, and said how proud we were of the 72 authors and over 300 literary translations being presented in Frankfurt. An unprecedented achievement for a Guest-of-Honor nation.

Michiel Scharpé and I also spent three days making the rounds of almost 20 editors and publishers in their New York offices, from the large (eg. Penguin, Knopf, Hogarth Crown) and mid-sized houses (Grove Atlantic, Farrar Strauss Giroux, New Directions) to the smaller independent presses (Europa, Archipelago, Melville House, Restless Books). There is keen interest in what Dutch literature has to offer, and the publishers are surprisingly clued-in, even about the books they don’t publish themselves. 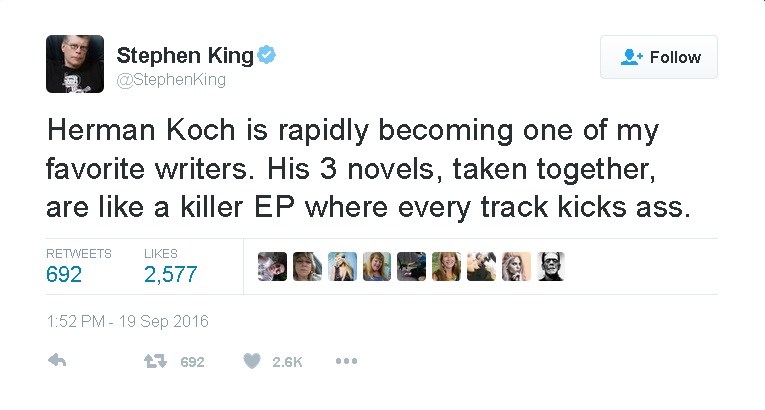 Herman Koch, whose Dear Mr. M. (Hogarth Crown, who also publish Peter Buwalda) was praised by Stephen King, is a huge success. His The Dinner (translated by Sam Garrett) was a bestseller in the U.S., the most widely read Dutch book in living memory; King announced on Twitter that Koch is one of his favorite writers. A fantastic recommendation, naturally. Also ubiquitous is The Secret Diary of Hendrik Groen (Michael Joseph, translated by Hester Velmans). There are great expectations too for Tommy Wierenga’s These Are the Names (Melville House, translated by Sam Garrett) and Guus Kuijer’s The Bible for Unbelievers (Seven Stories Press, translated by Laura Watkinson), both out this fall. 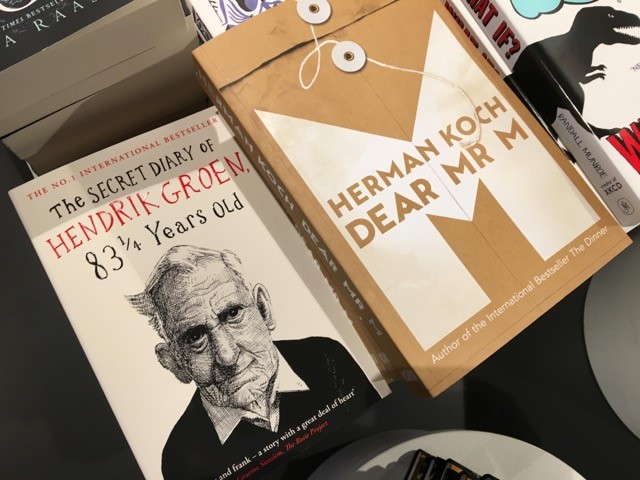 With these titles and others that are in the works—I would single out Multatuli’s Max Havelaar, in a new translation by Ina Rilke and David McKay, to be published by New York Review of Books Classics, and the first English edition of Het behouden huis by Willem Frederik Hermans (Archipelago, translation by David Colmer)—as well as the many other books we can recommend, translated Dutch literature seems to be doing better than ever in America. It is harvesting time. But first, the Frankfurt Book Fair…

Victor Schiferli (1967) is responsible for the promotion of fiction and Dutch and Frisian poetry and classics worldwide. He also coordinates the literary events in Germany.