Maud Vanhauwaert as WiR in Amsterdam

Maud Vanhauwaert is writer and text performer. Her first collection of poems Ik ben mogelijk (I am possible) was published by Querido in 2011 and received the Woman Debut Award. Wij zijn evenwijdig (We are parallel), published in 2014, was awarded the Hugues C.Pernath Award, as well as the Audience Award of the Herman De Coninck competition for most beautiful poem. Maud was finalist at the Poetry Slam World Championship (2012) and at the Leids Cabaret Festival (2014).

Maud received a masters degree Liguistics and Literature (at the University of Antwerp) and a masters degree Drama at the Antwerp Conservatory, where she currently teaches. She is one of the main editors of the literary Dutch-language journal Dietsche Warande & Belfort (DWB).

In the context of the yearly residence exchange with the Flemish Passa Porta she resides from May till June 2017 at the writers residency in Amsterdam. 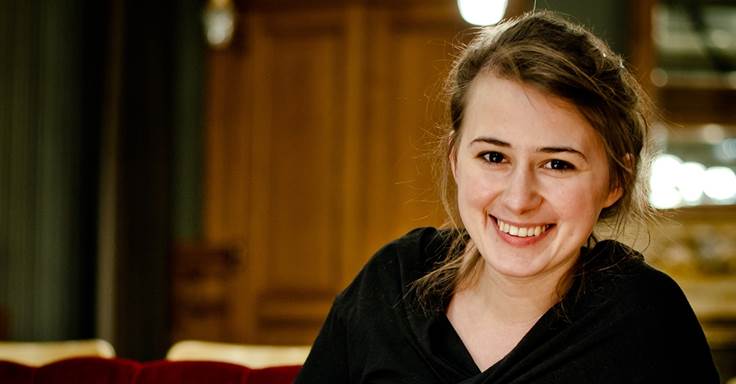