Seven years ago Ilja Leonard Pfeijffer traveled through Europe, from the Netherlands to Italy on a very worn racing bicycle. He wrote a smart and whimsical novel about this extraordinary trip called De filosofie van de heuvel (Philosophy of the hill). The end of the line of that journey was Genoa, the port city that inevitably stole his heart. During the Middle Ages Genoa received its nickname ‘La Superba’, which translates to ‘the supercilious one’. The homonymous novel is an ode to the grimy metropole and the imagination it tends to summon. In the Netherlands, Pfeijffer was awarded the prestigious Libris Prize for Literature, the Inktaap and the Tzum Prize for La Superba; the novel has also been sold to Germany and Macedonia.

Now that the translation of the novel by Michele Hutchinson has been published by Deep Vellum Publishers, a United States book tour will be held from the 18th until the 24th of March visiting various cities across the United States. Pfeijffer and Hutchinson will be presenting the readings together.

The tour is organized by Deep Vellum Publishers in association with the Dutch Foundation for Literature, Dutch Culture USA and the Netherlands American Chamber of Commerce in Texas. 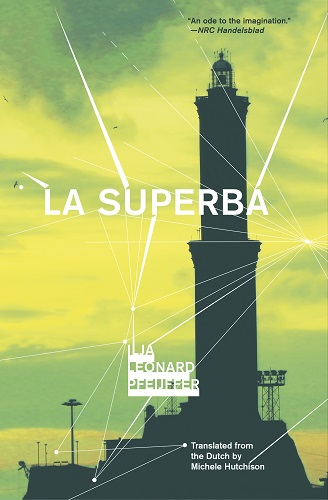 “Prostitutes are for lunch. They appear around eleven or half past eleven. […] They lean there casually against doorposts or sit in clusters on the street. They say things like “amore” to me. They say that they love me and they want me to come with them.”