Bregje Hofstede is the new writer-in-residence at the Van Eyck Academy in Maastricht from February 1st until the end of April. During this period she will work in a studio among forty international artists, designers, curators and thinkers. Hofstede has been invited by the Dutch Foundation for Literature as part of the Wanderlust-programme, a programme for talent development in an international context.

Bregje Hofstede (1988) is a Dutch author and art historian. She has published short stories and essays in many Dutch literary magazines, for which she received the Hollands Maandblad encouragement scholarship 2012/2013. In 2014 her debut novel De hemel boven Parijs (The Sky over Paris; Cossee Publishers) followed, which was nominated for the longlist of the Gouden Boekenuil and the Libris Literatuur Prize. She was selected as one of eight promising debutants to receive a starting grant from the Dutch Foundation for Literature in 2015.

Meanwhile, translation rights to De hemel boven Parijs have been sold to Germany and Denmark, and Hofstede and director/screenwriter Sara Verweij have signed an options contract for the screen adaptation of Hofstede’s debut novel.

For additional information on: 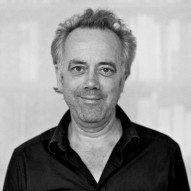