In cooperation with the Netherlands and Flanders this year’s Guest of Honor at the Frankfurt Book Fair, Indonesia, will stage two conversations aimed at heightening interests in each others writers and literature. Author, journalist and translator llija Trojanow will host talks with graphic novelists Peter van Dongen and Sheila Rooswitha Putri (on Saturday) and with writers Adriaan van Dis and Dewi Lestari (on Sunday).

In addition to this there will be a program about the famous Dutch author Hella S. Haasse, whose novel Das Indonesische Geheimnis (Sleuteloog) will be released by German publisher Transit Verlag.

The weekend will be closed with a ceremony where the ‘Guest of Honor torch’ will be handed over from Indonesia to Flanders and the Netherlands.

Please find all program details below:

Comic Soul Mates - From One Guest of Honour to the Other

Organised together with the Dutch embassy, Transit Verlag and Romanfabrik. This program is about life and work of Hella S. Haasse (Batavia, 1918 – Amsterdam 2011), one of the most important Dutch authors who was born and raised in the Dutch Indies of the colonial times. The German translation of her novel Sleuteloog - Das Indonesische Geheimnis - will be released during the Frankfurt Bookfair 2015 by Transit Verlag. This book is very much influenced by her own youth and experiences in the Dutch Indies/Indonesia, as was her first book Oeroeg, published in English as The Black Lake (Portobello Books) and to be published in German next year by Lilien Verlag. Jan Konst (professor Dutch literature at the University of Berlin) will give an introduction to the book and will discuss it with Dutch novelist Adriaan van Dis. Translator Andrea Kluitmann will read from the book.
Date: Saturday 17th of October, 20.00-21.30
Location: Romanfabrik, Frankfurt.
More information

Literary Soul Mates - From One Guest of Honour to the Other 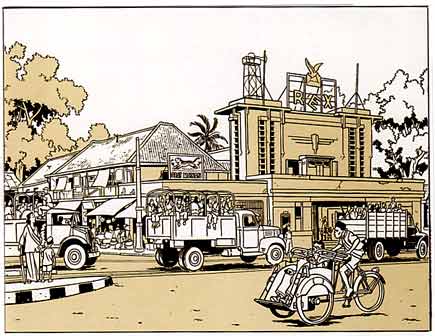 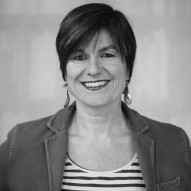