‘This is a short story,’ is the first sentence of a surprising and innovative read-aloud picture book in which writer Tjibbe Veldkamp uses the age-old technique of accumulation to create an ingenious tale that just gets funnier and funnier.

It’s about a boy and a bedtime story, so it works best if it’s read aloud.

‘This story is about you,’ says the narrator. ‘You went to sleep. And then the story was over.’
The boy protests: ‘Yes, but first I caught a monster.’

And that’s what happens in this picture book, over and over again. To make bedtime last longer, all kinds of new monsters pop into the boy’s imagination – and into this book. They become increasingly spectacular and scary-looking, as Kees de Boer really goes to town in his exuberant, cartoonish style. The joke is rounded off when the boy decides to stop, and we suddenly arrive at the end – or is it a new beginning? 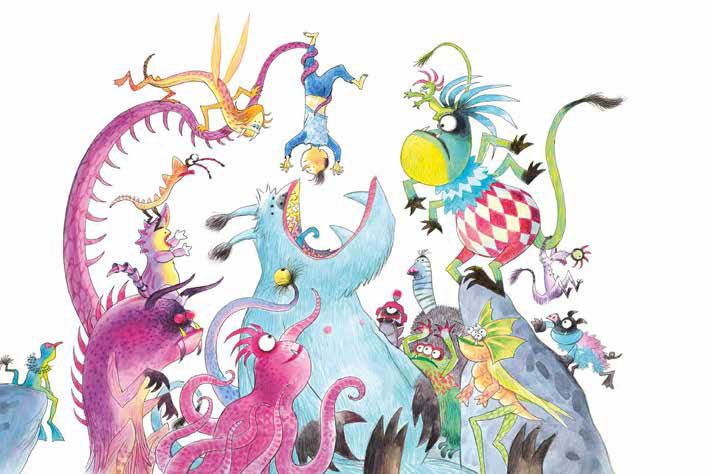 Tjibbe Veldkamp (b. 1962) has written both for the very youngest readers and for young adults, and everything he writes is well worth reading. He studied psychology in Groningen and then started writing for children. Even his most serious work has always remained fresh and direct, perhaps in part…