The shortlist for the European Literature Prize 2014 has just been announced at a festive gathering in Amsterdam. The jury selected five titles from a longlist of twenty translated novels. The European Literature Prize is unusual in recognizing both the author and the translator of the winning book. The prize will be presented on Sunday 7 September, during Manuscripta, in Utrecht.

The following five novels have been nominated (in alphabetical order by author name):

Some of the jury’s thoughts in making its selection:

A young boy flees his village. Around this simple fact Jesús Carrasco builds a novel that can as easily be read as a road movie, a political parabel or a religious myth. In De vlucht (Intemperie) his vivid, virtuoso style makes readers feel the heat of the dry Spanish landscape that pervades the book. In his beautiful translation, Arie van der Wal has retained all such stylistic effects perfectly.

By describing the changing fortunes of an empire in miniature, a bar in a village on Corsica, Jérôme Ferrari tells in De preek over de val van Rome (Le sermon sur la chûte de Rome) of the rise, highpoint and decline of a larger European history. His sentences, sometimes a full page in length, are capable of taking the reader into a hallucinatory trance. The choices made by translators Jan Pieter van der Sterre and Reintje Ghoos adhere seamlessly to the rich language of the French original.

Fuck America is about Jacob Bronsky, a poor Jewish immigrant in 1950s New York who writes an autobiographical debut novel and keeps himself alive by doing menial jobs. Edgar Hilsenrath describes the harrowing experiences of this Holocaust survivor with a rare lightfootedness. The deceptive simplicity of his language is conveyed in Dutch by Elly Schippers in a manner as accurate as it is convincing.

In Het reisverbod (E penguara) by Ismail Kadare playwright Rudian Stefa is questioned about a girl’s suicide. The investigation brings out the horrors of Communist Albania in a particularly gripping way. Kadare’s virtuosity is conveyed perfectly by Roel Schuyt, who makes the translation switch back and forth entirely naturally between seriousness and irony, the political and the tender, the journalistic and the mythological.

Bleke Niko (Blady Niko) is the hilarious story of a teenager on the verge of adulthood who dreams of being a brilliant film director in the Communist Poland of the 1960s. Tomek Tryzna paints a delightfully animated portrait of Niko and his environment, of a dreamed life that will never become a reality. The racy language, peppered with slang and obscenities has been translated inimitably by Karol Lesman into a colourful Dutch idiom.

The longlist of the European Literature Prize 2014 was chosen by fifteen quality bookshops. A jury from the world of publishing and bookselling has selected the shortlist and will choose the winner. This year’s jury is made up of: 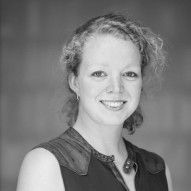