The prestigious Libris Literature Prize 2014 has been awarded to Ilja Leonard Pfeijffer for his novel La Superba (De Arbeiderspers). The jury described it as “an important novel with a powerful universal message which deserves many new readers outside our own language”.

The book is set in Genoa, the labyrinthine port city (nicknamed ‘the Superb’) where the author has been living for the past years. The novel is not only an ode to the city but most of all an ode to imagination. Migration is the central theme: the autobiographical story about a writer who becomes trapped in his walk on the wild side is contrasted with that of dirt poor migrant workers from Africa who can barely keep their heads above water. The Dutch Foundation for Literature presented this novel to foreign publishers in its recent 10 Books from Holland brochure of autumn 2013. 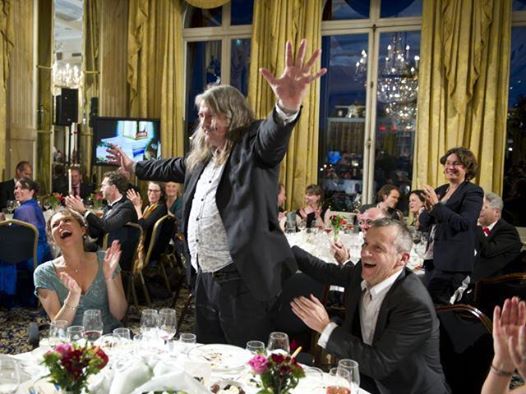