The board of the Dutch Foundation for Literature is sorry to lose such an outstanding director, who recently demonstrated his qualities and his value once again at the Beijing International Book Fair, but it fully understands this step in Henk Pröpper's career. As soon as possible the board will start the procedure for finding a suitable successor, in close consultation with those involved, including all the staff.

Pröpper is pleased that the nature of his new activities will allow him to remain closely allied to the Foundation for Literature. 'My years at the Foundation have been among the best and most interesting of my career. In fact they united everything that is important to me: literature, cultural policy and an international perspective. The great thing is that this will continue at De Bezige Bij within a rather different framework. The world of the book is on the brink of major changes and it's fascinating to be able to play a role in them.'

Recent years have been crucial to the Dutch Foundation for Literature. The opening of the Literature House on 15 September by Secretary of State Halbe Zijlstra marked an important step towards greater cooperation within the Dutch book trade. On the Nieuwe Prinsengracht in Amsterdam, the Dutch Foundation for Literature has found a new home for itself along with Stichting Lezen, Stichting Schrijvers School Samenleving, the CEEBP and the Nationaal Comité 4 en 5 mei. The fusion between the two literature foundations on 1 January 2010 laid a firm foundation for the continual promotion of literature and reading, as well as support for the book trade in the time of great changes that is approaching. The Netherlands was recently guest of honour at the Beijing International Book Fair, a highpoint in a successful series of presentations of Dutch literature abroad over the past few years. More and more Dutch writers have been given a platform in other countries, partly as a result of the Foundation's expertise. 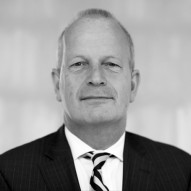