On Monday 17 March, the Dutch and Flemish Ministers of Culture, Jet Bussemaker and Joke Schauvliege, signed an agreement with Juergen Boos, director of the Frankfurter Buchmesse. That makes it official: the Netherlands and Flanders will jointly present themselves as guests of honour at the publishing industry’s most important international book fair in 2016. The Dutch Foundation for Literature and the Flemish Literature Fund will assume responsibility for the practical organization of the guest-of-honour programme. They will receive a significant part of the necessary funding from the Dutch Ministry of Education, Culture and Science and the Flemish Ministry of Culture, Youth, Sport and Media.

The Dutch Foundation for Literature and the Flemish Literature Fund have a great deal of expertise in organizing large-scale book-fair presentations, and enjoy an international reputation in this area. They provide professional and comprehensive support to international publishers for the translation and publication of literature written in the Dutch language. The two organizations have also attended the Frankfurter Buchmesse for many years.

The Low Countries, as the Netherlands and Flanders are known, joined forces once before, in 1993, to form the Schwerpunkt at the Frankfurter Buchmesse. That presentation marked the start of an international breakthrough for literature written in the Dutch language.

In October last year, the two organizations handed over a bid book to Juergen Boos, director of the Buchmesse, putting themselves forward as candidates for 2016. The signature on the contract now confirms the Dutch-Flemish participation as guests of honour. More so than in 1993, this will be a broad presentation, with its primary focus on literature, but attention will also be devoted to new genres, new forms of the book, creative industries and other artistic disciplines.

There are strong and active connections between Germany and its neighbours to the west. The Dutch-Flemish guest-of-honour programme at the Frankfurter Buchmesse will emphasize the reciprocal nature of this interest, initiate cultural dialogue and strive for greater visibility of German culture in the Netherlands and Flanders in 2016.

Joke Schauvliege, Flemish Minister of Culture: “My visit in 2011 confirmed the cultural and economic opportunities for a region like ours of being guest of honour at the Buchmesse. Everyone who cares about books and the book trade will be able to ride the wave of international interest. Our literature foundations, authors and publishers put together a rock-solid application. What matters now is to show the world our cultural assets in 2016, a chance we must seize with both hands.”

Jet Bussemaker, Dutch Minister of Education, Culture and Science: “This is good news for the creative culture of the Low Countries. Being guest of honour can give literature a huge boost, as we saw in 1993 at the first joint presentation of the Netherlands and Flanders. The international success story of 1993 could have a sequel in 2016 for new generations of authors and publishers and new forms of the book.” “This is good news for the creative culture of the Low Countries. Being guest of honour can give literature a huge boost, as we saw in 1993 at the first joint presentation of the Netherlands and Flanders." Jet Bussemaker, Dutch Minister of Education, Culture and Science 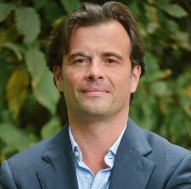