On Sunday October 20th, the famous Théâtre de la Criée in Marseille will host the second Schwob / Finnegan’s List event. Israeli writer Etgar Keret, Christos Chryssopoulos from Greece and Serbian author Vladimir Arsenijević will talk about their suggestions for the list, that aspires to stimulate the translation of literature. Furthermore the new 2014 Finnegan’s List will be presented.

Each year the Société européenne des auteurs, one of the Schowb-partners, presents a new Finnigan’s List – presenting the choice of 10 well-known authors from various countries, who each choose three of their favourite titles which should be known better and translated more widely. 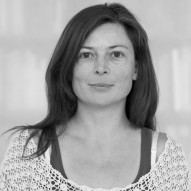